Source: The Chrisitan Post
The woman, 27-year old Meriam Yahia Ibrahim, received the sentencing on Sunday, when the U.S. celebrated Mother's Day.
Stoyan Zaimov | 15 May 2014
A Christian mother living in Sudan, pregnant with her second child, was sentenced to 100 lashes and death on Mother's Day for adultery and apostasy, a persecution watchdog group revealed. 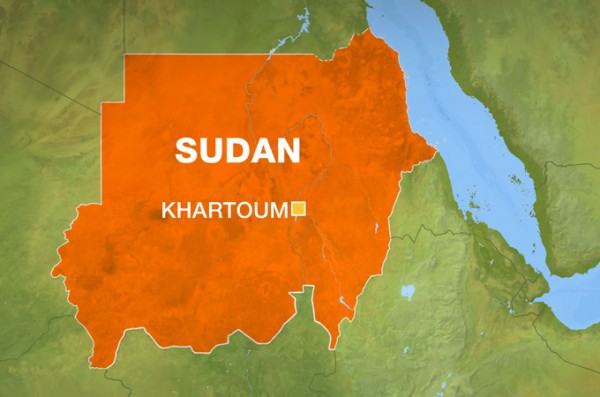 “We grieve today at the sentencing to death of a mother, pregnant with her second child, for the expression of her faith and legal marriage to a practicing Christian,” said International Christian Concern Regional Manager William Stark.

“The handing down of such an extreme punishment under a law inspired by the al-Turabi radicalism of the early al-Bashir regime brings into question the direction Sudan intends to head following South Sudanese succession. Having embraced policies of Islamization and Arabization in the past, ICC fears Meriam could be the first of many more Christians to suffer under an increasingly radicalized Sudanese government intent on enforcing Shari’ah (Islamic) law throughout the land.”

ICC reported that Ibrahim was raised as an Orthodox Christian, is a graduate of Khartoum University and was a practicing MD. She married a South Sudanese Christian, Daniel Wani, but since she was born in Sudan, a heavily Islamic country, she is officially considered a Muslim, which makes her marriage to a non-Muslim illegal in Sudan’s court system.

She has been kept at the Omdurman Federal Women’s Prison with her 20-month-old son since Feb. 17, separate from Wani. Ibrahim’s sentence is expected to be carried out following the birth of her second child.

Christian aid agencies have been helping followers of Christ flee persecution at the hands of the Islamic government in Sudan, after South Sudan gained independence in 2011. Barnabas Fund organized efforts in 2013 that helped 8,000 Christians flee to safety into South Sudan but said that other Christians remain stranded in Sudan.

“In the North the government is becoming increasingly anti-Christian,” Dr. Patrick Sookhdeo, the international director of Barnabas Fund, said in an August 2013 interview with The Christian Post.

“The North is heavily Sharia-based and strongly anti-Christian. So we’ve got situations where women are arrested for breaching Sharia law on dress, and can then be whipped and imprisoned. That is a major problem,” he added, noting that a number of Christian churches have been attacked as well.

Sudan underwent a major civil war between 1983 and 2005, which resulted in almost 2 million casualties, many of whom were Christians from the South.

The United States Commission on International Religious Freedom has also found President Omar Hassan al-Bashir’s Sudanese government to be guilty of “systematic, ongoing, and egregious violations of freedom of religion or belief.”

USCIRF’s 2014 Annual Report states that Sudan uses “a restrictive interpretation of Shari’ah law on Muslims and non-Muslims alike, using amputations and floggings for crimes and acts of ‘indecency’ and ‘immorality’ and arresting Christians for proselytizing.”

Most viewed articles
Our Lenten Journey112
The Heart of the Scriptures107
Serbian Patriarch Porfirije Gives Interview to Serbian National Television82
Patriarch Kirill Speaks on the Only Right Path79
Metropolitan Onuphry: Fasting and Prayer Are Two Wings That Help People Draw Near God66
Metropolitan Hilarion: Real People in the Virtual World of the Internet Also Need to Hear the Word of a Priest63
Reading the Bible Has Given Christians Hope During the Pandemic – Survey35
Bishop Benedict of Bistrița in Relation to Young People: I Want to Be One of Them35
Moses and the Ten Words25
Sunday of the Samaritan Woman2
Most popular authors
Pravmir.com team326
Priest Luke A. Veronis112
Frederica Mathewes-Green107
Aurelian Iftimiu35
Archpriest Lawrence Farley25