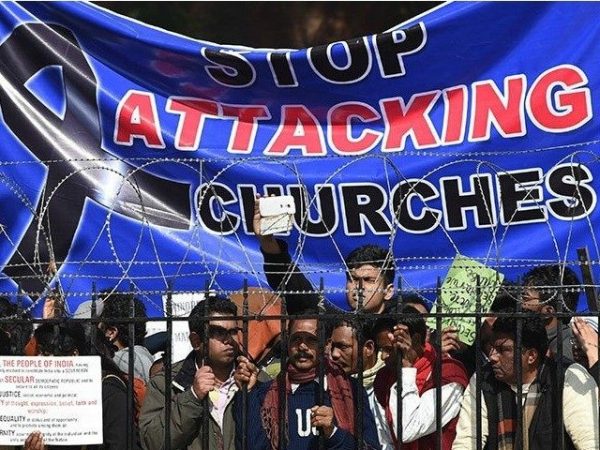 The U.S. Commission on International Religious Freedom (USCIRF) has designated India as a “country of particular concern” (CPC) for the first time since 2004, declaring the government engages in or tolerates “particularly severe” violations of religious freedom.

“In 2019, religious freedom conditions in India experienced a drastic turn downward, with religious minorities under increasing assault,” USCIRF states in its 2020 report released this week.

“Violence against Christians also increased, with at least 328 violent incidents, often under accusations of forced conversions,” the report found. “These attacks frequently targeted prayer services and led to the widespread shuttering or destruction of churches.”

The national and various state governments “allowed nationwide campaigns of harassment and violence against religious minorities to continue with impunity, and engaged in and tolerated hate speech and incitement to violence against them,” the report states.

“Based on these developments, in this report USCIRF recommends CPC designation for India,” it reads.

The CPC designation, the Commission’s former “Watch List,” is the lowest rating a country can receive and indicates a series, ongoing abuse of religious liberty. The designation includes countries like Pakistan, North Korea, China, Iran, and Saudi Arabia.

Most viewed articles
First Church in the Antiochian Archdiocese Named for St. Xenia of St. Petersburg Prepares for Feast Day288
Patriarch Kirill: Not Only People, But Churches Too, Can Depart from God174
My World’s Different105
Patriarch Porfirije of the Serbia: Our Position on the Church Issue in Ukraine Has Not Changed89
A Christianity of the Catacombs85
Thoughts on Theophany and Revelation79
Archbishop Makarios of Australia: ” the Great privilege of the Orthodox Church is that we live in communion”31
1
Most popular authors
Pravmir.com team582
Protopresbyter Themistoklis Mourtzanos105
Archpriest Lawrence Farley85
Elissa Bjeletich79