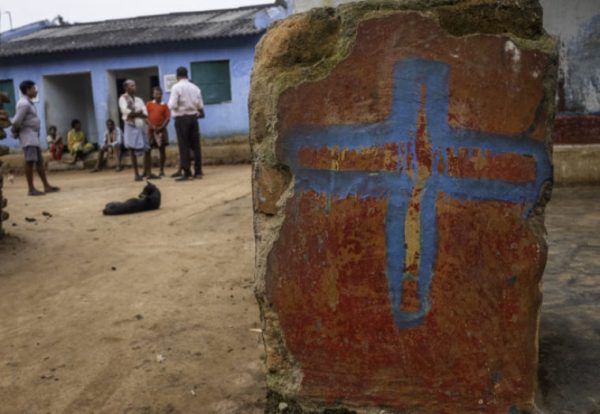 A group of Christians have been found innocent after spending over a decade in prison for the slaying of a prominent Hindu leader.

The five men were convicted of killing Swami Laxmanananda Saraswati in August of 2008 Kandhamal District. The murder sparked a series of revenge attacks against the Christian community which claimed the lives of some 160 believers and resulted in the destruction of 6,000 homes.

Now, the innocent men have finally been acquitted. At the end of November, the Supreme Court of India issued a landmark decision granting bail to the five Christians from Odisha (formerly Orissa) after it was proved they had nothing to do with the murder.

“I am really happy that all of them are granted bail,” an attorney representing the group, Anupradha Singh, told Morning Star News. “The Honorable Judges granted the bail on the grounds that they have spent over 10 years in jail. Their behavior in the jail was also good, and the same was noted.”

“This is a big victory for truth and justice for Kandhamal,” added Journalist Anto Akkara, who has been campaigning relentlessly for the men to be released. “I am thrilled.”

Acknowledging the decade spent behind bars, the Supreme Court ordered that the men be released pending no further charges.

“Considering the fact that the accused-appellant(s) had already undergone 10 years of their sentence as is the case of other accused directed to be released on bail, and taking an overall view of the matter, we are of the opinion that the above-named accused- appellant(s) should also be released on bail on such conditions as may be imposed by the learned Additional Sessions Judge, Phulbani in S.T. No. 16/18 of 2013-2009,” Supreme Court Justices A.M. Khanwilkar and Dinesh Maheshwari wrote.

The case, however, is not over — it must now be fought at the High Court in Odisha.

Still, for the men in question, a Christmas spent with their families is all they are thinking about right now. “This is like a Christmas gift for them,” said The Rev. Vijayesh Lal, general secretary of the Evangelical Fellowship of India (EFI). “We are very grateful to the Human Rights Law Network, to the Bhubaneswar Cuttack Archdiocese, to [the United Christian Forum’s] John Dayal, ADF [legal advocacy group Alliance Defending Freedom] and to everyone who contributed to securing this first step to their freedom. Special mention should be made of journalist Anto Akkara, who continued to create awareness about this case.”

Among the vast group of advocates who have been campaigning for the group’s release over the past years, the opinion is clear: the entire case was built on lies. Indeed, the initial arrest of the men only took place after a mob of Hindu nationalists dragged them to the police station and demanded they be punished. It was vigilante justice.

“They should not have been detained for so many years,” Rev. Dibya Paricha, a Catholic priest and attorney, added to Morning Star News. “Politics should not have been involved but, unfortunately, it was. We must understand that people’s lives and liberty are more important. I know personally that they are innocent.”

Despite Maoist leader Sabyasachi Panda claiming responsibility for the attack, Hindu nationalists continued to push the narrative of a “Christian conspiracy,” likely so they could develop grounds for their brutal revenge attacks.

Faithwire has reached out to Alliance Defending Freedom for comment on the case. We will update this article when we hear back.