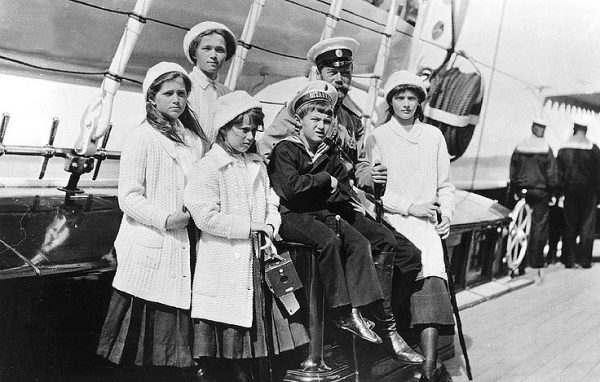 Moscow, July 16, Interfax – A new comprehensive evaluation has confirmed that the remains thought to be those of Nicholas II and his family, who were shot and killed in Yekaterinburg 100 years ago, are indeed their remains, Russian Investigative Committee official Svetlana Petrenko said.

“Comprehensive commission molecular and genetic tests have now confirmed that the remains belong to former Emperor Nicholas II, his family members and people close to them,” Petrenko told Interfax on Monday.

The molecular and genetic tests have shown that seven of the 11 found remains are remains of members of one family, mother father, four daughters and a son, she said.

“The genetic profiling of the bone remains and samples taken from relatives of the Romanov family who now live, both on the father’s and the mother’s lines, confirms that the remains belong to Nicholas II and his family members,” Petrenko said.

The results of molecular and genetic tests conducted to determine biological relations between Emperor Alexander II (who was exhumed in the Sts Peter and Paul Cathedral in St. Petersburg) and the man identified as former Emperor Nicholas II “indicate that they are father and son.”

“A final procedural decision will be made after two repeat commission medical (anthropological) and historical-archive forensic tests are completed in the criminal case,” Petrenko said.

Prominent scientists are involved in the forensic evaluations, they are studying and systematizing some 2,000 documental original sources, including those that were found in foreign archives and museums in 2017-2018 and have not been studied by anyone, she said.

Russian Emperor Nicholas Ii and his family were shot and killed in Yekaterinburg in the early hours of July 17, 2018 in accordance with a decision made by the Bolshevik-led executive committee of the Urals region’s council of workers, peasant and soldier deputies.

In July 1991, the remains of nine people were found in a mass grave discovered on the Staraya Koptyakovskaya Road near Yekaterinburg. The investigators believe they belonged to members of the tsar’s family: Nicholas II, his wife, their daughters, as well as their doctor and servants.

The remains of the imperial family were buried at a sepulcher of the Peter and Paul Cathedral in St. Petersburg in 1998 after forensic tests.

The remains of another two people were found during archeological excavations conducted south of the first grave on July 29, 2007. Numerous expert evaluations indicate that the remains belong to the children of Nicholas II, Alexey and Maria.

A governmental working group suggested that the remains of Tsesarevich Alexey and Grand Duchess Maria be interred at the Romanov burial vault at the Petropavlovskaya Fortress on October 18, 2015. The group allowed for the possibility of further inquiries to dispel the Church’s doubts about the authenticity of the ‘Yekaterinburg remains’. The Investigative Committee later reopened the investigation into the killing of members of the royal family. This made it possible to begin additional tests to confirm the authenticity of Alexey and Maria’s remains kept at the State Archive.

On September 23, 2015, samples from the presumed skeletons of Nicholas II and his wife, as well as from the clothing of the last emperor’s grand-father, Alexander II, which he was wearing at the time of his murder, were taken in the presence of Church representatives at the Petropavlovskaya Fortress. The new DNA test confirmed the authenticity of the skulls of Nicholas II and the Empress Alexandra Fyodorovna. In November 2015, the tomb of Alexander III was opened.

Further work involved comparison of the genetic materials of Nicholas II and his wife to the genetic samples of Alexey and Maria, the establishment of the genetic type of Alexander III, the location of hemophilia in the remains of Empress Alexandra Fyodorovna, her daughters and Tsesarevich Alexey. It was also planned to complete the studies of the blood from the clothes of Alexander II and work on the servants and associates of Nicholas II who were executed together with the imperial family.

The Russian Orthodox Church set up a special commission to study the results of the new inquiry. In the event of a favorable conclusion of the inquiry into the authenticity of the remains, the issue of recognizing them as holy relics will be raised with the episcopate.