Sarov Residents Build Church Of Royal Martyrs In Gratitude For Their Role In Canonization Of St. Seraphim

Pravmir.com team | 20 July 2018
“Sarov became a place where the unity of the Tsar and the people around the ideal of holiness was most fully manifested.” 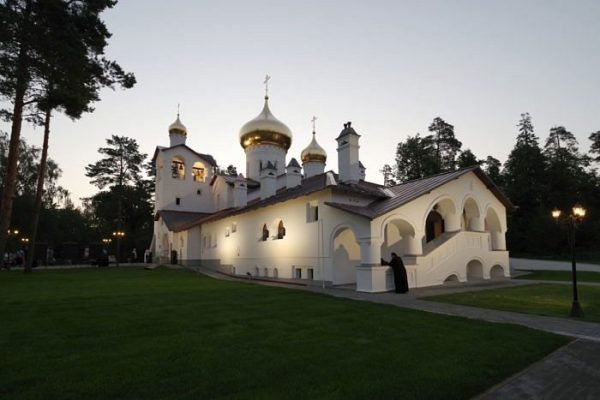 A 15-year project has come to an end with the erection of the Church of the Holy Royal Passion-Bearers in Sarov in this year of the 150th anniversary of the birth of the Tsar-Martyr and the 100th anniversary of their brutal murder in the basement of the Ipatiev House in Ekaterinburg.

The new church is the first in their honor in the Nizhny Novgorod Province, reports Foma.

The idea of building a church in honor of the Royal Martyrs first arose 15 years ago. During the intervening period, the Royal Family became closer to many Sarovites, and the church was built by their own donations as a sign of gratitude to Tsar Nicholas II and his family for their special role and participation in the glorification of the great St. Seraphim of Sarov and of their stay in Sarov during the 1903 celebrations. The question of canonizing St. Seraphim was first raised in 1883, though the Holy Synod dragged its feet for many years. It finally became a reality in 1903 at the insistence of Tsar Nicholas and Tsarina Alexandra.

“Sarov became a place where the unity of the Tsar and the people around the ideal of holiness was most fully manifested,” Maria Kuryakina writes for Foma.

The consecration of the church was timed to the 100th anniversary of the Royal Family’s martyrdom. On the night of July 16 to 17, about 1,000 faithful processed from the Sarov Hermitage to the new parish church, prayerfully emphasizing the spiritual connection between St. Seraphim and the holy Royal Martyrs. St. Seraphim had addressed a letter to the tsar who would be reigning when he would be canonized that was finally delivered to Tsar Nicholas during the uncovering of St. Seraphim’s relics. No one knows the contents of the letter, but the Tsar was visibly shaken. The procession was led by His Eminence Metropolitan George of Nizhny Novgorod and Arzamas, who celebrated the consecration of the Church and the first Divine Liturgy there. The church is made of white stone in the Novgorod-Pskov architectural style and painted inside in the ancient Russian style.