Report: 2015 saw ‘most violent’ persecution of Christians in modern history

Source: Breitbart
Thomas D. Williams, Ph.D. | 21 January 2016
The brutal, worldwide persecution of Christians during the past year makes 2015 “the most violent and sustained attack on Christian faith in modern history,” according to a watchdog organization that has been monitoring Christian persecution for decades. 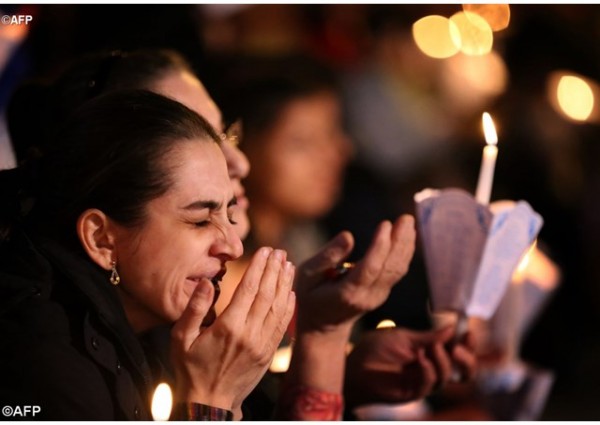 Open Doors, an organization founded in 1955 to assist persecuted Christians, publishes an annual “World Watch List,” documenting attacks on Christians and ranking the most hostile national environments for believers.

“The 2016 World Watch List documents an unprecedented escalation of violence against Christians, making this past year the most violent and sustained attack on Christian faith in modern history,” Open Doors CEO David Curry said at the rollout of the list.

Persecution in “continuing to increase, intensify and spread across the globe,” he said.

At the top of the Watch List, for the 14th consecutive year, stands North Korea, where an estimated 50,000 to 70,000 Christians are imprisoned in labor camps. Carrying on as one of the last holdouts of Communist totalitarianism, North Korea bears a particular hatred for Christians, who are a constant reminder of accountability to a higher power than the state.

“Christianity is not only seen as ‘opium for the people’ as is normal for all communist states,” the report says. “It is also seen as deeply Western and despicable.” During 2015, thousands of Christians living in North Korea were forced to renounce their faith or flee under threat of death.

As in the case with last year’s report, the vast majority of countries experiencing acute Christian persecution are Muslim nations. In 2015, nine out of the top ten countries where Christians suffer “extreme persecution” had populations that are at least 50 percent Muslim, a phenomenon replicated in 2016.

The 2015 report found that “Islamic extremism is by far the most significant persecution engine” of Christians in the world today and that “40 of the 50 countries on the World Watch List are affected by this kind of persecution.”

The 2016 list places Iraq in second place, immediately after North Korea, with horrific Islamic violence dominating news headlines during 2015. Throughout the year, Christians were forced to flee their homes by the thousands or be killed.

Just this week, the United Nations released an extensive report on Islamic State violence in Iraq, and estimates that ISIS currently holds some 3,500 people, mostly women and children, in the country.

The report, jointly issued by U.N. Assistance Mission for Iraq and U.N. human rights office in Geneva, declared ISIS atrocities in Iraq to be “war crimes, crimes against humanity, and possibly genocide.”

Some of the crimes described in the report include executions by shooting, beheading, bulldozing, burning alive and throwing people off the top of buildings.

The other nations making the top ten in Christian persecution are Eritrea, Afghanistan, Syria, Pakistan, Somalia, Sudan, Iran, and Libya, all of which have Muslim majorities.

The report underscores the geographical extent of Christian persecution, and Curry highlighted the global nature of the problem, noting that it has become more acute not just in a few isolated regions, but “in every continent in every country.”

“The levels of exclusion, discrimination and violence against Christians is unprecedented, spreading and intensifying,” Curry added. “Christians, longing to stay in their home countries, are being forced to flee for their lives and for their children’s lives,” he said.