Source: DECR
Natalya Mihailova | 12 September 2016
On 3-7 September 2016, within the framework of the Year of Religious Education of the Christian Orthodox Youth, declared by the Romanian Orthodox Church, a theological congress was held in Bucharest. 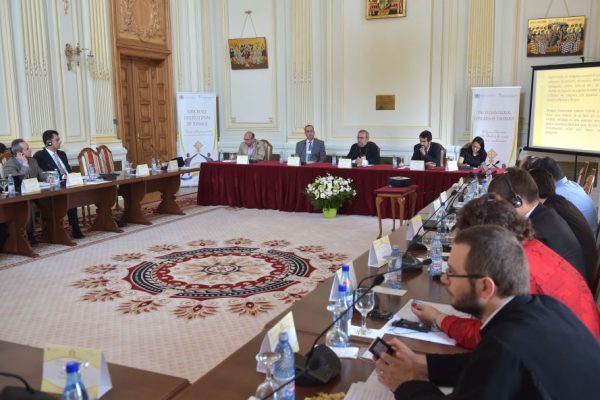 Among those who took part in the Conference on Religious Education of the Youth in the Context of Today’s Secularization were guests from the Local Orthodox Churches, as well as Romanian hierarchs and clergy, representatives of Romania’ Ministry of National Education and Scientific Research, members of the Academy of Sciences, and the faculty and deans of the Romanian higher education institutions.

Prior to the meeting, the Primate of the Romanian Orthodox Church celebrated the Divine Liturgy in the square in front of the cathedral, which is under construction. Among those concelebrating with His Beatitude Patriarch Daniel were the ordained guests from the Local Orthodox Churches.

After the service, a reception was given at the Patriarchal residence to mark the opening of the congress. It was followed by the first working session chaired by His Beatitude Patriarch Daniel of Romania. During the conference, its participants discussed various aspects of religious education of children and young people. The representatives of the Local Orthodox Churches shared their experience of carrying out educational activities in their regions. Among the issues also raised at the congress were youth policy and learning process.