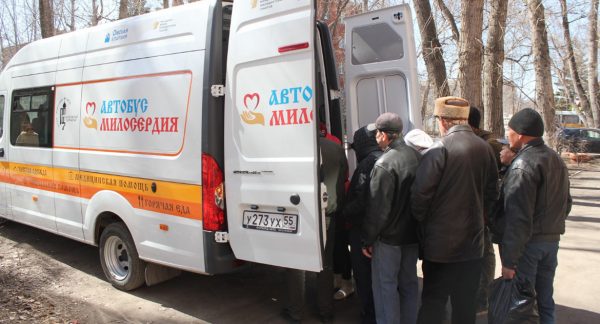 At the beginning of May 2021, a “Bus of Mercy” started to operate in Omsk, which has become the 18th such charitable project for the homeless organized by the Russian Orthodox Church in Russia.

For homeless residents of Omsk, a mobile help center was organized by the parish of the church in honor of the Nativity of Christ in the village of Krutaya Gorka, reports the ROC Synodal Department for Church Charity.

Omsk “Bus of Mercy” follows a specific route in the city, providing hot food, clothing, footwear, and hygiene products for the homeless, as well as people who are in difficult life situations.

In addition, the “Bus of Mercy” provides those in need with medical first aid, legal advice and a psychologist.

“Since 2017, our volunteers have been distributing hot meals to the homeless. The organization of the “Bus of Mercy” will allow us to provide comprehensive assistance to people without a fixed abode and people in need in different districts of the city of Omsk. We also hope that the project will help in bringing homeless people back to life, in their socialization,” said Zhanna Sushko, the project manager. 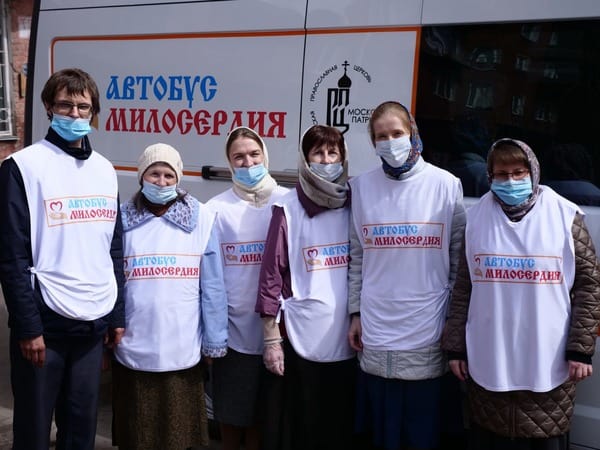 Orthodox volunteers of the “Bus of Mercy” in Omsk. Photo: diaconia.ru

According to the schedule, the “Bus of Mercy” will leave weekly on Tuesdays, Wednesdays and Thursdays on a specific route, stopping in four districts of the city.

The “Bus of Mercy” was launched in Omsk with the support of the Presidential Grants Foundation.

Likewise, such buses operate in other cities of Russia, Belarus and Kyrgyzstan. Over the past year, new “Buses of Mercy” have appeared in Kirov, Magnitogorsk and Petropavlovsk-Kamchatsky.

In total, today, with the participation of the Russian Church, more than 90 shelters for the homeless are operating in Russia. There people without a roof over their heads receive help in restoring documents and finding employment. Likewise, church social workers buy them tickets to their homeland and help them find relatives.