This is the 14th "Bus of Mercy", created with the participation of the Russian Orthodox Church.
Pravmir.com team | 27 November 2020 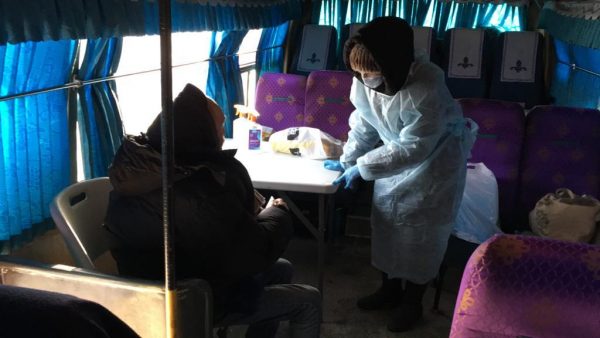 A charitable project called “Bus of Mercy” has been launched in Ufa, Russia. It was organized by St. Elizabeth Sisters of Mercy with the help of the Synodal Department for Church Charity and Social Ministry of the Russian Orthodox Church. In this bus the homeless will receive medical and sanitary assistance, hot meals and clothes. It is the 14th “Bus of Mercy”, which was organized with the participation of the ROC.

“In order to launch this project, we converted an old tourist bus. We wanted to create a place where people could both eat and warm themselves. There are many homeless people in our city, so we were in a hurry to organize the first ride before the beginning of the cold weather. We bake bread ourselves and buy food. There is even a surgeon in our team, so we can respond promptly to any emergency situation,” said Elena Murko, the elder sister of St. Elizabeth Sisters of Mercy. 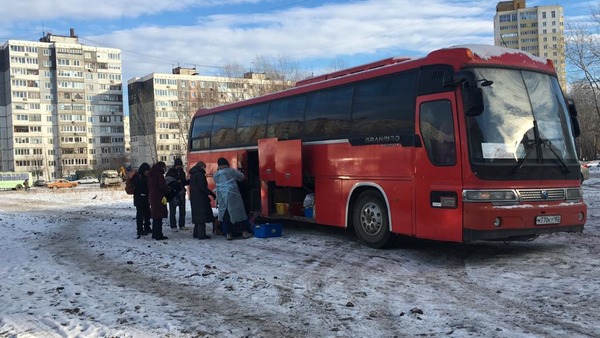 So far, the “Bus of Mercy” has weekly rides: the route passes through the central streets of the city, but the organizers of the project plan to double the number of trips by the end of the year. A network of Ufa cafes provides assistance in food preparation. The menu of the “Bus of Mercy” includes soup, side dish, meat, bread and hot tea. For the holidays, they expect to add desserts. To keep the food warm, the sisterhood bought special thermoses. Clothes for the homeless are collected at the temple. Funds for the purchase of personal protective equipment were donated by the Synodal Charity Department.

“We were inspired by the idea of ​​this project when colleagues from the Synodal Department came to us and told us that similar buses of mercy travel all over Russia. In our city there is an acute problem of vagrancy. Hopefully, we will be able to expand the project to help everyone who lives on the streets in Ufa,” added project manager Elena Murko.

The “Bus of Mercy” will add to the church’s infrastructure for helping the homeless in Ufa. Since 2000, a shelter for the homeless has been operating at the Holy Cross Church. Currently, 44 people live in it, with a total capacity of 50 people. The organizers of the shelter plan to expand the project and build a center for bedridden patients near Ufa.

The previous bus of this kind was launched in St. Petersburg in November 2019. In total, 14 church buses of mercy operate in Russia and other countries. With the participation of the Church, more than 90 shelters for the homeless and more than 400 social canteens have been opened. In church charitable institutions, the homeless receive assistance in restoring documents, finding employment, church social workers purchase tickets to their homeland, and help them find relatives.