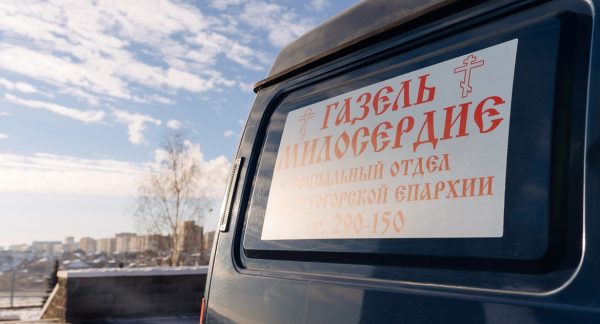 The Social Department of the Magnitogorsk diocese organized the work of a “Bus of Mercy”, which now provides hot meals and clothing to the homeless residents of Magnitogorsk.

The minibus for the project was purchased by the Diocese’s Social Department with the help of funds raised with the support of the Synodal Charity Department and local benefactors, reports Diakonia.ru.

Church social workers and Orthodox volunteers of Magnitogorsk have already made their first trips on the “Bus of Mercy” and organized the distribution of hot meals. Before the first trip, the bus was consecrated by Bishop Zosima of Magnitogorsk and Verkhneuralsk. 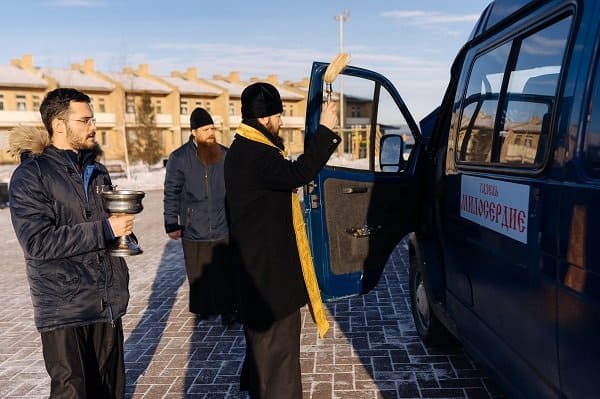 “Mobile assistance for homeless people is especially effective during the pandemic. And we see that such mobile help centers operate in different dioceses across the country. We hope that the doctors of Magnitogorsk will also join the work of this Bus,” said Irina Meshkova, Head of the department for helping the homeless of the Synodal Department for Charity.

It is noted that the minibus is equipped with everything necessary for distributing food and clothing to the homeless. The diocese also bought masks, gloves, antibacterial agents and a set of necessary preparations for a first-aid kit.

Volunteers prepare hot meals in the kitchen of the Diocesan Crisis Center for women, and then put them into special travel thermoses. 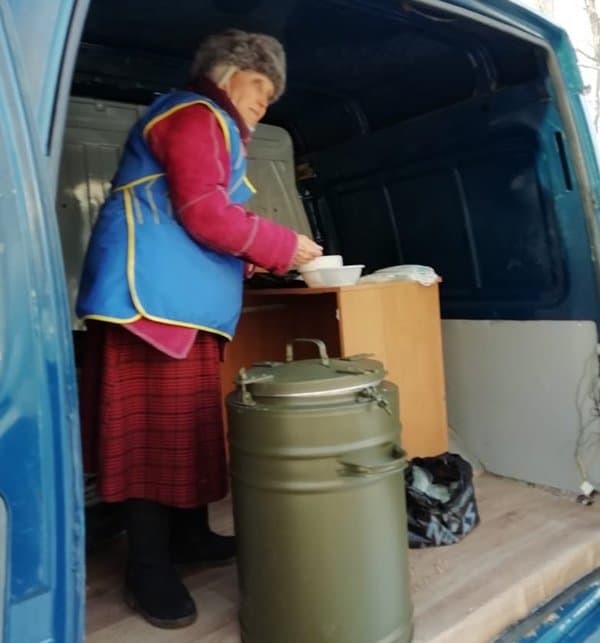 “The Ural River flows through our city of Magnitogorsk, along which the border between Europe and Asia passes. The very first town houses are located on the left bank. These are mainly one-story old buildings, so the area is considered not entirely prosperous. This is where we decided to go first. On the first day, twenty-three people were fed with hot buckwheat and stewed meat. They are all homeless. And when we left for the second and third time, people, seeing our bus from afar, began to approach us and offer their help. Some donated food, and some brought warm clothes. We are glad that our project has found a response from the townspeople,” said Archpriest Valery Marfin, Head of the Social Department of the diocese.

The route of the “Bus of Mercy” has been agreed with the city administration. In the near future, the Diocesan Social Department plans to open a Humanitarian Aid Center. Orthodox volunteers intend to also organize a medical aid center for the homeless in the city.

As noted in the Synodal Department for Charity, the “Bus of Mercy” in Magnitogorsk became the 15th project of this kind in the Russian Church. The first such bus appeared in Moscow in 2004. Today they work in Russia, Belarus and Kyrgyzstan.