Source: Romania-insider.com
Natalya Mihailova | 04 February 2017
Romania’s Orthodox Church sent a powerful message related to the current situation in the country, where people have rallied for massive protests against the Government’s decision to change the criminal law and make some corruption offences more difficult to sanction. 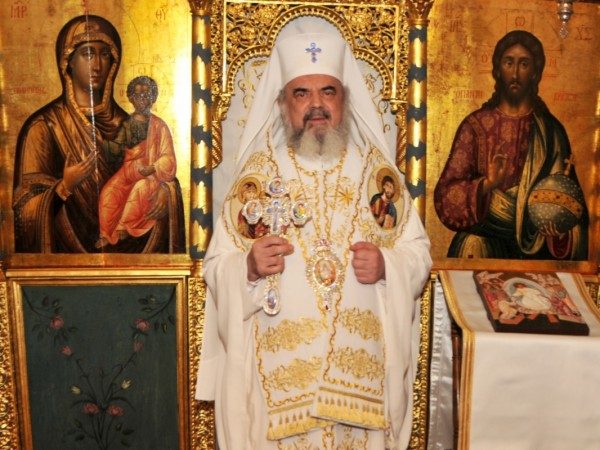 A statement of the Romanian Patriarchy posted on the Basilica.ro website, states that

“the Romanian society is very troubled these days, because there is a conflict between major state institutions and, consequently, a polarization among people. Although politically neutral, the Church is not socially indifferent and is sensitive to the people’s major desires: social justice, reducing poverty, and increasing the standard of living.”

“In this sense, the fight against corruption must be continued and those who are guilty must be sanctioned, because theft degrades society morally and materially,” reads the statement signed by the Patriarchy’s press office.

“At the same time, the fight against corruption shouldn’t be used in partisan political purposes,” the Patriarchy mentions, calling for prayer, dialogue, and social responsibility.

The statement comes as the country has seen three consecutive days of protests, the biggest in Romania in 25 years, after the Government passed on Tuesday evening an emergency ordinance amending the criminal law. Some 300,000 took to the streets all over Romania, from Bucharest to Cluj, Timisoara, Sibiu, Iasi or Constanta. The protests ended with incidents in Bucharest on Wednesday evening, after a handful of hooded violent protesters started throwing firecrackers and smoke bombs at the gendarmes guarding the Government’s headquarters.

The Romanian Orthodox Church Patriarch, his Beatitude Daniel (pictured), also launched a call to prayer in a message posted on the Facebook page of the Orthodox Churches’ news agency Basilica.

“In the context of today’s world, tormented by misunderstandings and wars, we need makers of peace more than ever, meaning all those who can prevent or settle conflicts between people, in society, or between nations. There is often violence and torment because people no longer gather in their souls the pace coming from God, which pacifies the selfish addictions such as the abuse of power and of limitless material profit. Let us pray to God, to the Mother of God, and to all the saints who were makers of peace to bring peace, protection, and harmony in family, in society, and especially among nations in today’s world,” reads the Patriarch’s message.

Romania is predominantly Eastern Orthodox, with more than 80% of the country’s population belonging to this denomination, according to the 2011 Census. A state religion does not exist, but the Romanian Orthodox Church received public funding for the construction of the Redemption Cathedral in Bucharest. The building of churches, many of which were demolished during the Communist regime, is popular with believers, who often contribute funding to these projects. Priests make some of the most respected figures in rural areas, and the church previously got involved in promoting measures of the Agriculture Ministry. In 2013 it had an agreement with the Agriculture Ministry to promote financing measures for agriculture among their parishioners, but never during the religious mass.

Patriarch Daniel, the head of the Romanian Orthodox Church, has commented before at key political times for the country. On the day of the 2014 presidential elections, when German ethnic Klaus Iohannis was facing up against former prime minister Victor Ponta, the patriarch gave a sermon about how, in the history of  the Romanian people, God often worked through people foreign of the nation, according to a Mediafax report. He gave the example of King Ferdinand and Queen Mary, who had “no Romanian blood in their veins” but contributed to Romania’s Great Union.

“When God wishes to help a people, He works through whoever He wants and however He wants, so that we learn that not only those of our nation or close relatives can help us, but, often, even foreigners who help our nation can help it,” the Patriarch was quoted as saying.

Most viewed articles
COVID Directives From His Eminence Metropolitan JOSEPH211
The Wrath of God According to St. John Chrysostom168
Moses and the Ten Words147
New Film about Orthodox Christian Vision on Climate Change130
In Church and at Home: Liturgical Resources for Great Lent89
Why We Pray For The Dead72
Metropolitan Joseph Meets with Metropolitan Tikhon of the Orthodox Church in America33
Georgian PM condemns “unprecedented attack” against Patriarch Ilia and the Orthodox Church32
Radical-liberal view on human rights is not the sole possible opinion1
How Will We Be Judged?1
Most popular authors
Archbishop Joseph of New York and Metropolitan of All North America211
Archpriest Michael Gillis168
Pravmir.com team163
Archpriest Lawrence Farley147
Peter Samore89
Priest Luke A. Veronis72
Aurelian Iftimiu32
Fr. James Guirguis1