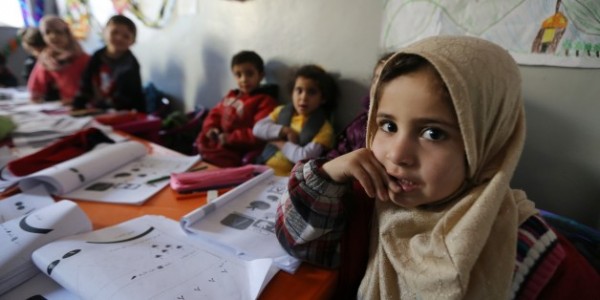 “There are objectives that can be reached: to form informational background on eliminated or destroyed shrines in Syria – monasteries, churches, parochial houses and to hold an action in the end of the year in favor of children of Syria, in the city of Homs. We will coordinate it and look what will come out of it,” official of the international Catholic charities foundation Church in Need Pyotr Gumenyuk said at a Moscow press conference.

Delegation of the Russian Orthodox Church, the Roman Catholic Church and the mentioned foundation visited Lebanon and Syria early in April, they met with leaders of major Christian confessions of the regions, visited refugees camps, hold seminars.

Secretary for Inter-Christian Affairs of the Synodal Department for External Church Relation hieromonk Stefan (Igumnov) said that the detailed list of destroyed and damaged religious objects had already been formed, and there was an understanding how to realize this joint project.

“It certainly takes some time and additional interaction with local Christians, but contact for such interaction was already set up during our trip,” he said stressing that the most important part of reviving Syria should be restoration of shrines.

Head of the Catholic Archdiocese of the Mother of God in Moscow Archbishop Paolo Pezzi said: “This trip allowed us to carry out the first concrete step after meeting of Pope Francis of Rome and Patriarch Kirill in Havana. It is the first event that comes out of this meeting (it focused on protection of Middle East Christians – IF).