Source: TASS: Russian News Agency
In line with the Synod’s resolution, solemn services will be held in the all dioceses of the Russian Church throughout the year to commemorate the new martyrs and confessors
Natalya Mihailova | 10 March 2017
MOSCOW, March 10. /TASS/. The Holy Synod of the Russian Orthodox Church took a historic decision on Thursday to enlarge the Russian Orthodox menology with the names of a number of saints, who bore with witness of Christian faith in the West European and Central European lands before the split of the united Christian Church in 1054. 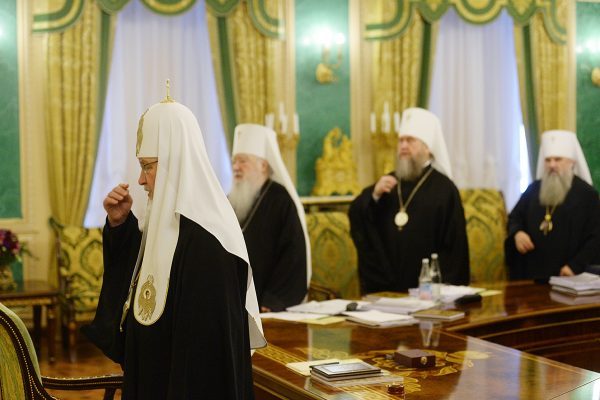 Dr. Vladimir Legoida, the chief the Synod department for communications between the Church and society said that the names of more than fifteen saints had been added to the menology.

“All in all, there’re more than fifteen new names now,” he said. “These saints did their service in the Western countries. St Patricius, the enlightener of Ireland who is more commonly known as St Patrick is one of them.”

While drawing up the list of the saints to be added to the Russian Orthodox canon, the Synod took account of the evidence of their veneration in the Western diocese of the Russian Church and the traditions of venerating them in other local (national) Orthodox Churches of the world.

“Along with it, we took account the immaculateness of devotion of each saint, the circumstances in which their worship took shape, and the absence of the saints’ names in the polemic works on struggle against the Eastern Christian Church or its rite,” Dr. Legoida said.

He also said the plans for holding commemorative events in connection with the forthcoming 100th anniversary since the start of repressions against the Church came under discussion at Thursday’s session of the Synod that was chaired by Patriarch Kirill I.

“The year 2017 is a year of recollections about the tragic events that unfolded a hundred years ago,” Dr. Legoida said. “We devote it in a special way to the memory of the news martyrs and confessors of faith. Also, it’s the year when the Council of Bishops is to meet in session.”

In line with the Synod’s resolution, solemn services will be held in the all dioceses of the Russian Church throughout the year to commemorate the new martyrs and confessors. The dioceses and parishes will augment them with Cross-bearing processions, research conferences and various public functions.