Russian Church to Help Provide Lebanon with Vaccines Against Coronavirus 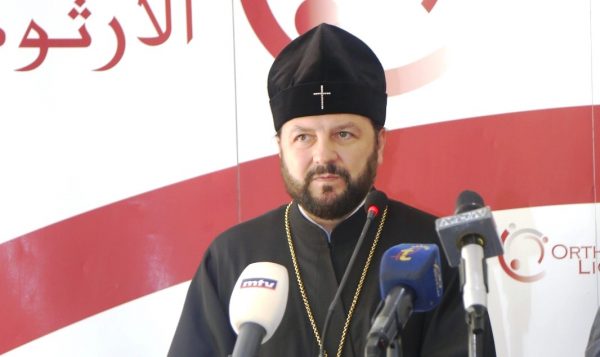 Archbishop Leonid of Vladikavkaz and Alania, vice-chairman of the Department for External Church Relations of the Moscow Patriarchate, reported the results of his recent visit to Lebanon on June 7-9, 2021, and the aid rendered to Lebanese people by the Russian Orthodox Church.

In his interview to the Sputnik new agency, His Eminence Leonid noted, “The Russian Orthodox Church, through the Foundation for Support of Christian Culture and Heritage, donated funds for the restoration of three buildings in Lebanon affected by the explosion of the port of Beirut last August. Among the most affected is the building of the Metropolis of Beirut as restoration is needed for interior frescos and the building itself. The second building is the church located in the same district. The air-blast blew out its stained-glass windows and ruined other interior elements, especially the walls. The third building is a school patronized by the St. Porphyrius Association, an Orthodox organization well-known in Lebanon. Along with the secondary schools classes, it accommodated a kindergarten”. His Eminence underlined that he personally inspected the three buildings and brought back the materials allowing to trace in full the process of the restoration. He said that the Moscow Patriarchate will not limit itself to the financial and humanitarian aid as Lebanon will also receive the necessary medical equipment and vaccines against the coronavirus.

“A supply of vaccines is a very important and pressing matter at the moment as the coronavirus does not spare anybody. In the Patriarchal residence in Balamand, I was received by His Beatitude John X Patriarch of Antioch, who made a request for a supply of the Sputnik V vaccine as it is very much awaited there. As soon as all the relevant technical problems are resolved, we will send the requested number of vaccines to Lebanon”, he said.

In the course of his visit, Archbishop Leonid also dealt with other problems including the emigration of local people. He said, “We share the sorrow of the Lebanese people over the considerable number of Christians’ including Orthodox Christians, who still cannot come back to the native lands they had to leave for various reasons”, he said.

In the conclusion of the interview, His Eminence emphasized that his trip to Beirut was of the socio-humanitarian nature.