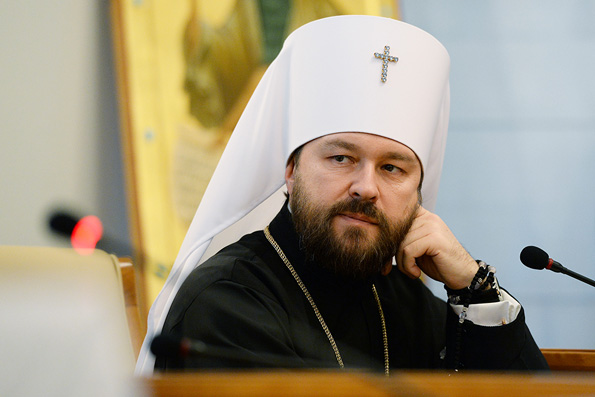 “We keep in touch on this issue, and I believe today during the talks with [president of the Pontifical Council for Promoting Christian Unity] Cardinal Koch we will try to institutionalize the joint work we are doing already on the monitoring of the issue of Christians’ persecutions in the Middle East and other regions. I believe it is the most important thing we can do together right now. And we will try to better organize the basis of this work,” Hilarion said.

Earlier on Sunday, the metropolitan and the cardinal participated in an event organized by Switzerland’s University of Freiburg on the occasion of the first anniversary of the meeting between Patriarch of Moscow and All Russia Kirill and Pope Francis on Cuba.

The meeting between the patriarch and the pope took place in Havana on February 12 and lasted around two hours. The heads of churches addressed the whole world and called on the international community to defend the Christians of Syria and Iraq.