Source: RT
Natalya Mihailova | 12 February 2016
Russian Orthodox Patriarch Kirill has arrived in Cuba for a historic meeting with Pope Francis during which they are expected to sign a declaration and talk about the persecution of Christians in the Middle East. 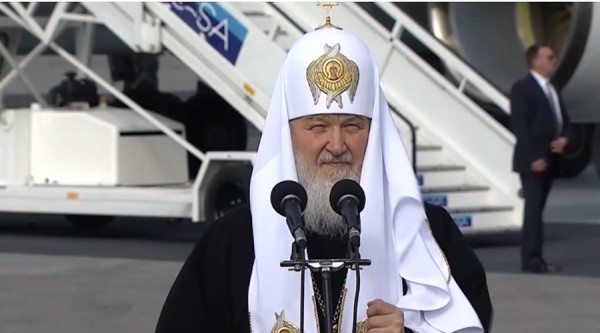 © Ruptly
Upon his arrival, the Patriarch addressed the citizens of Cuba, sending greetings from “all the people of historical Rus’.”

“I wish prosperity to the Cuban people and happiness to everyone. May the Lord be with you with his grace and his love,” he said.

The leaders of the two branches of the Christian Church will meet at Havana’s international airport in Cuba – a neutral country suitable for such a meeting. The religious summit has been in preparation for two decades by both Moscow and the Vatican.

The Church heads are set to discuss the persecution of Christians in conflict zones, particularly in the Middle East.

The Holy See called the upcoming tête-à-tête a “sign of good faith” and called on all Christians “to pray to God to bless the meeting,” the Vatican said in a statement earlier in February.