“Salaries will decrease in crisis”. Will Russians move to other regions in search of work?

Almost three million Russians have already gone to other regions for work, according to the Federal State Statistics Service data. Natalya Zubarevich, the director of the regional program of the Independent Institute for Social Policy, told Pravmir whether people will move to other cities in search of work and what awaits the labor market.

— Will the internal labor migration increase in Russia due to crisis?

— It will decrease. Why should it increase if there is no work? But the dynamics will depend on the type of migration. 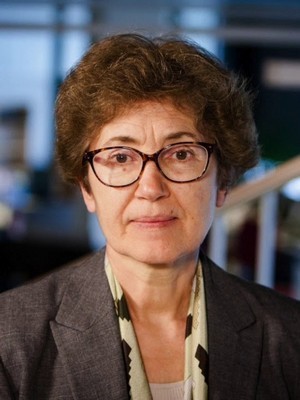 There are two main types of labor migration in Russia. The first is the circular migration, when people from the suburbs go to work in the largest cities – Moscow and St. Petersburg. According to the Federal State Statistics Service data, 800,000 people go to work every day from the Moscow region to Moscow. In reality, according to various estimates, from 1,2 to 1,5 million residents of the Moscow region work in Moscow.

The second type of Russian migration is the rotational migration, when people go to the North to work on construction sites, less often – on gas and oil production sites. Oil and gas companies are winding or slowing down investment projects, because oil and gas prices have fallen. Moreover, Russia has signed an OPEC+ deal to reduce oil production. Therefore, the rotational migration will at best remain as it is, but it is more likely to decrease.

What will happen to the suburban migration is a big question. It is not to say that the residents of the Moscow region are getting fired first in Moscow. This type of migration may decrease slightly, but it will not increase. There is no reason for this, since there will not be a large number of new jobs in Moscow.

In all crises, migration reduces. However, how this will happen now – strongly or weakly, we do not yet understand. It is not clear how fast the recovery will happen. Presumably, slowly.

— Can there be a rearrangement of the labor market due to the closure of borders?

— There are less foreign workers coming this year, the migration flow has decreased by three times, because there is no work. But those foreign workers, who have already been here, have not left, the borders are closed and a third of them in Russia are out of work. They are ready to take any job and for any money.

At construction sites, the majority of employees so far are citizens of Central Asian countries, because they are willing to work for less money, there are a lot of illegal employment contracts in this field. And the Russians are ready to go to the Far North or to Yakutia, where salaries are high. They do not rush to work at simple construction sites.

— What will happen to salaries?

— Salaries have already been affected by the crisis, there is a decline in economy. People receive fixed salaries, without bonus payments, and many are on leave without pay.

— Where from and to what places will people move in search of work? Under what conditions is this possible?

— First of all, there is no regional projection in this issue – these are all local labor markets. Secondly, every crisis compresses the population mobility. People hold on to the place they have, for there is no chance that you will come to Moscow and it will welcome you with open arms, no.

In order to move from small cities to big ones, there should be a lot of jobs in these big cities. There is simply no point in such migration now.

This happened at the peak of the economic growth, when Moscow had very big salaries. For example, reporters from other regions were often hired, and they migrated en masse, because they had less salary expectations. But as soon as the 2014-2015 crisis hit, it stopped.

Moscow residents, unlike non-residents, do not have an additional burden in the form of housing rent, and we all know how much this rent costs. And the salaries of those, who came from other regions, were less than those of Moscow residents. But this was during the growth period. And now the situation has changed dramatically.

— What is the current situation with jobs in the regions? Are there any regions where the situation is worse or better?

— This depends not on the region, but on the sector. The most severe compression is in the market services sector, which affects major cities, regional capitals like Moscow, St. Petersburg, the Moscow region as an agglomeration. Many services went through a very difficult crisis there, and they are going through a very hard recovery. Yes, there is already a recovery going, but it is still very far from the previous level.

There is work in Magnitogorsk, but the situation may be worse in Chelyabinsk, because the service business is more developed there. Therefore, it is not a matter of the region, but of the local labor market.

Everything is different in other sectors. The auto industry has sunk by half compared to August 2019, the car production has been reduced, which means problems in Ulyanovsk, Tolyatti, Nizhny Novgorod, Kaliningrad. That is, not in the regions, but specifically in the cities.

While the sector has shrunk, people are losing a lot of salary money. Long vacations, downtime, leaves without pay – people are officially employed, they simply have difficulties with their salaries. However, they will not go anywhere. Where will they go? To Kaluga, where the situation is the same? If a person specializes in something, which can be implemented in a specific sector, then there is no point in moving, because there are problems in the entire economic community.

Young graduates, who are looking for a higher salary, can go anywhere. Young people have consistently high mobility. But they will go where there are jobs in the field of their professional expertise.

— Can you predict when the economy and then the labor market will start to recover?

— The market services sector will be the one with the hardest recovery. It has not recovered and will not recover quickly for one reason – the population’s income has decreased and at the same time we pay for market services out of our own pocket.

And the population’s income will not recover by the end of the year. According to the gentlest estimates, the income will decrease by 5%, but many people say that it will be by 7% in real terms.

I am very cautious in my predictions right now. I know for sure that we should not expect a rapid growth in the amount of new jobs, everything will take place slowly. The queue of applicants for these jobs is long, even Moscow residents are already starting to reduce their salary expectations.