Same-Sex Marriage: How Did We Get Here? And Where Are We Going?

The political heavyweight of the Western world has taken a step towards the abyss. If we are to believe the news report broadcast on the radio, and later confirmed in the press, President Barack Obama has made his first public statement in support of the legalization of same-sex marriages.
Archpriest Lev Semenov | 14 May 2012

President Barack Obama recently affirmed his personal support for the legalization of same-sex marriage. For a perspective from Russia on this momentous development, we offer the following commentary by Archpriest Lev Semenov, Dean of the Faculty of Further Education at St. Tikhon’s Orthodox University and cleric of the Church of St. Nicholas in Kuznetskaya Sloboda, both in Moscow. 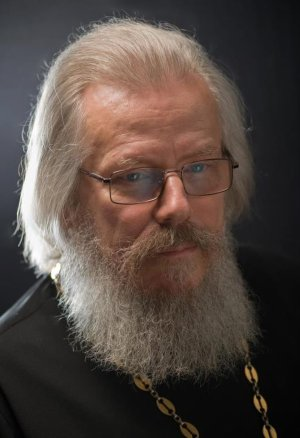 The political heavyweight of the Western world has taken a step towards the abyss. If we are to believe the news report broadcast on the radio, and later confirmed in the press, President Barack Obama has made his first public statement in support of the legalization of same-sex marriages.

One can only sympathize with the citizens of this country who hold the Christian faith, just imagining how they must have felt when they heard this statement from their head of state…

There are quite a few Orthodox in the United States (my internship at New York University in 1999, when I met clergy and laity of four Orthodox jurisdictions, convinced me of this) and I think they were not pleased by the President’s statement.

In connection with this shocking news, two questions naturally arise: How could this have happened? And what comes next?

It seems obvious that the willingness of the leader of a major world power to recognize same-sex marriage as normal, destroying all grounds of traditional morality and familial structure, has its distant origins rooted in the process of secularization that began to gain strength at the threshold of the modern era.

The pinnacle of its manifestation is now the West’s general fascination with such notorious idols as “political correctness” and “tolerance,” all the while misconstruing them; as a result of which, in defiance of common sense, everything is being turned upside: human rights are being turned against humans, causing irreparable harm to their freedoms, including their freedom of conscience. One does not need to look far to find examples.

“Old Lady Europe” has long been in training to break the records of political correctness. But the New World has since begun to catch up with it.

This tendency towards secular extrapolation began to show itself most clearly with regard to the historical past, an example of which are the attempts at silencing the very place of Christianity in the history of European culture. Thus, despite Christianity’s enormous role in its formation and development over many centuries, contemporary European community legislators, as is well known, have removed the very mention of the Christian roots of European culture from the constitution of the European Union.

Instead of ensuring human rights as regards freedom of conscience, people are in fact deprived of the right to demonstrate their religious identity in even the most restrained manner. In Italy the courts examined the question of the permissibility of having crucifixes on the walls of educational institutions. In Great Britain, the new edition of the Oxford Junior Dictionary, designed to expand the vocabulary of school children, has eliminated the words “abbey,” “altar,” “bishop,” “chapel,” “christen,” “monk,” “monastery,” “novice,” “saint,” and a host of other Biblicisms. A stewardess for a British airline was fired because a Christian cross was visible in the neckline of her uniform. In the United States serious intentions have been expressed, on the grounds of having a politically correct attitude towards non-Christians, officially to change the terms Christmas and Easter to “winter” and “spring” holidays.

This epidemic of fundamentally shattering the millennia-old traditional family, which began in Europe some time ago and has now spread to the United States, threatens the moral health of society, the stability of the monogamous family, and the interests of children growing up in families.

It would be interesting to hear from gays and lesbians preparing to form marital unions (if one can call it that), who often express the intention of acquiring children for such “families” by adopting orphans, what kind of upbringing the unfortunate children of such “families” will receive if same-sex marriage is legalized.

Are the democratic societies of Western countries prepared for the prospect, in the very near future, of the mass reproduction, through the upbringing received in such “families,” of entire generations with a similar sexual orientation?

It would be naïve to suppose that those taking the bit between their teeth in this mad rush towards destroying the traditions of Western society will stop here. Elementary logic dictates that, following the rejection of the commandment “thou shalt not commit adultery,” the violation of other commandments will ensue; then, surpassing all the horrors of Kafkaesque absurdity, the rejection of the commandment “thou shalt not kill” will arrive. It is not difficult to imagine how “civilized” (read: secularized) humanity, having desired to free itself from the burden of Christian moral values as being too burdensome for their perverse aspirations, would one morning wake up to hear that an American president has expressed his support for the “inalienable” right of every person… to commit murder.

May God grant that this nightmarish dystopia never come into being! But only fidelity to those traditional religious foundations upon which all world culture has been built can serve to bar the way to its realization.

Orthodox Christianity and the Idea of Homosexual Marriage by Fr. Chrysostom MacDonnell