“Save us Lord, for We are Perishing” 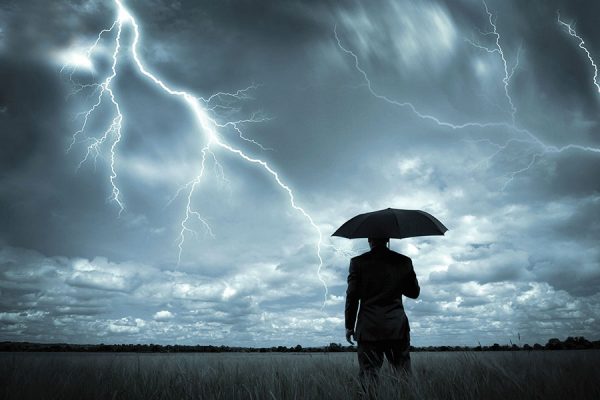 Jesus calms a storm at sea

In last Sunday’s Gospel reading we heard about the miraculous feeding of five thousand men, not counting women and children, with five loaves of bread and two fish. The holy apostles took part in this miracle by distributing the food from baskets which never became empty and never ran out of food as they fed the multitude. After this, the disciples found themselves in a boat on the Sea of Galilee. Jesus was not with them. The incredible miracle of the multiplication of the loaves and fish was still on their minds, and they even had the twelve baskets of leftovers in the boat to remind them of what had just occurred, a great miracle that they not only witnessed with their very own eyes, but which they directly participated in. A great storm of wind arose and mighty waves dangerously began to rock the boat. The apostles became terrified and convinced that they were going to perish in their little boat. Jesus appears to the disciples walking on the water, and after He gets into the boats, He makes the winds to cease and He calms the storm.

When St. Nectarios of Aegina was a boy he took a trip by boat across the Mediterranean Sea in order to visit the Holy Land. On the way a storm of such magnitude arose, that everyone feared for their life, including St. Nectarios himself. He wore a cross around his neck which contained a small piece of the true Cross of Christ. He remembered the words of his grandmother who told him, “If, my son, you are at sea and in danger of drowning, tie this cross with the holy relic on your belt, lower it to the water and the sea shall calm immediately.” So, without hesitation, he untied his belt, placed the cross securely on it, and saying a prayer, he lowered it into the water. Within one or two minutes the storm abated and the sea became calm.

In the life of St. Gregory the Theologian it is also recorded how he faced a storm at sea. He had already decided to dedicate his life to Christ, but he had not yet been baptized. While sailing on the Mediterranean Sea to Athens, the ship he was on battled a terrible storm for twenty days. Fearing that he would perish at sea without having been baptized, he lifted his hands to heaven and supplicated the Lord with tears for help. At the very moment when he remembered his vow of lifelong service of God, the storm abated and the ship eventually reached the port of Athens unscathed.

In human life there are many different types of storms, and we all face our own storms which can tempt us to become fearful, grieved, despondent and even doubtful in our faith. The first great storm that the early Christians faced were the persecutions and the threat of torture and execution for confessing their faith in Christ. While Christian faith was just starting to grow, the apostles and their descendants faced the difficult task to encourage and strengthen the faithful who were all being threatened. Many bravely faced the accusers, becoming martyrs and giving up their lives, boldly refusing to renounce their faith in Christ. Our Church Calendar is filled with the names of these martyrs who suffered on account of Christ. There were others were not as strong when threatened with torture and death, who verbally, if not with their hearts, renounced Christ out of fear. God and Church does not judge those who were unable to face death, and afterwards when the persecutions ceased, God forgave them for their weakness and they were received with love back into the Church.

Nowhere does Jesus Christ or does Christianity teach that faith in Jesus Christ and being a member of the Church will end our “earthly storms,” our earthly sufferings and griefs, nor that Christianity will guarantee us professional success in the understanding of the secular world. In Matthew chapter four Jesus tells us that up until the end of the world there will be wars, famines, earthquakes and sufferings. In the same Gospel in chapter 26 Jesus tells us that there will always be people who will be poor. In John 15:19-20 Jesus said, “I chose you out of the world, therefore the world hates you…If they persecuted me, they will persecute you…”

In chapter four of his epistle to the Philippians, St. Paul says that “the peace of God passes all understanding.” A Christian mother once asked me, “Father, my child was born ill and endured grievous suffering as a new-born. Why did God allow my innocent child to suffer?” Another Christian mother once said to me, “My twenty year old daughter died in a car accident. Why did God allow her to die? This is unjust, this is not right.” Two solders go to war. Why is it that one comes home and the other one dies in battle? Two patients are in the hospital with cancer. Why is it that one’s cancer goes into remission, but the other person succumbs and dies from the cancer? Throughout the history of mankind, up until today, the most vivid example right now being the awful situation in Afghanistan, why is it that God allows evil people to commit terrible atrocities against their fellow human beings?

There was a Prophet in the Old testament whose name was Job. He was a very pious and virtuous man who served God and his fellow man. He had a wonderful wife and family that he loved and cherished. He was even successful in the worldly sense and was a good provider for his family. One day Job became very ill and could no longer function as a human being, spending his days sitting on a dung hill. He even lost his children, who all died for one reason or another, and he also lost his earthly prosperity. In the earthly understanding, Job had lost his happiness. Job did not commit any sins or do anything wrong that would justify all these tragedies that he suffered. Yet, despite all this, he did not lose his faith, love and trust in God. In the end, Job was restored. He became well, he regained his earthly prosperity, and he raised a new family. But as we all know, this does not happen for everyone.

I think that the first thing we must understand is that the Christian understanding of happiness is not exactly the same as the way society and the rest of the world understand human happiness. True happiness is only achieved when we open our hearts to God and when we struggle to walk the path of the Christian life and follow the teachings, morality and commandments of Christ, all of which is based on love. We all hear so much about peace for the world. This was the anthem of the young people of the 1960’s and, supposedly, it is the goal of the rulers and authorities of this world. However, no matter how well-meaning the youth of the 1960’s or the rulers of the world might be, true and everlasting peace can only be attained through Jesus Christ and only in and through the Church. Our goal as Christians is to unite ourselves to Christ, to become sanctified, to become holy. The greater our level of unity with Christ, the greater the sorrows, griefs and storms of this life we can endure. Furthermore, you cannot have Christ without the Church, and you cannot have the Church without Christ. A symbol of the church is an ark, or a boat. The disciples who faced the storm on the Sea of Galilee were saved as long as they remained in their boat. When all of mankind perished in the flood, only Noah and his family were saved, because they remained in the ark. It is the same with us. We must remain in the saving ark of the Church.

God is always and everywhere present with each and every one of us. He manifests Himself and makes His presence felt in many ways. He is with us during times of happiness, and He is with us during times of grief. God’s love is endless, and He does not forget us for even a second, even if we sometimes forget about Him. We are all precious in the sight of the Lord, and the Lord tells us that even the hairs of our head are all numbered (Luke 12:7), that He is always by our side. We must always remember that no matter what kind of storm or catastrophe we may face, God is always with us and surrounds us with his grace, love and salvation. Let us all have faith and trust in our Lord, and may we beseech the Lord to give us the faith and love to endure all the storms that we face in this life. May we never waiver from the straight and narrow path that we have chosen, and may no sorrow or catastrophe tempt us to leave that path. May we always remain faithful, no matter what we are called upon to endure, and may we, like the Prophet Job, in all circumstances, come what may, may our response be the same as Job and may we say like him, “The Lord gives, and the Lord takes. Blessed be the name of the Lord!” Amen.

Being Kind and Patient with One Another

In the vast wisdom of Mister Rogers*, his underlying theme was about how to be a good neighbor.…

Most viewed articles
How Can We Evangelize Today?174
A Stone Thrown at God and Your Neighbor122
Five Signs of a Modern Pharisee109
Trial of Politician Defending Traditional Marriage Begins in Finland94
Hierarchs of Three Local Orthodox Churches Concelebrate in Argentina90
Metropolitan Onuphry: “The Key to the Doors of Paradise is Repentance”67
Patriarch Daniel prays for Romania’s national unity, peaceful coexistence and dignified cooperation with other peoples45
Grains of Wisdom and Piety Book Published32
Medical Workers Walk 1.5 Km Through Snowdrifts and Save the Life of a 100-Year-Old Woman24
Most popular authors
Pravmir.com team307
Frederica Matthewes-Green174
Protopresbyter Themistoklis Mourtzanos122
Archimandrite Markell (Pavuk)109
Aurelian Iftimiu45