14-year-old Vladimir Ovsepyan from Nefteyugansk organized a food sharing project in his city. Thanks to the student, people pass on extra food to those who need it. Pravmir.ru will report on this and other good news.

Vladimir created a group on the social network, whose members can share both groceries and ready-made meals with those who need it. To do this, they just need to take a photo of a product, add the description, expiration date and post an ad in the group.

“Food sharing is a popular movement that provides free and good products to people from all walks of life. This helps to keep suitable food from destruction, damage and utilization,” the group page explains the project’s aims on vk.com. 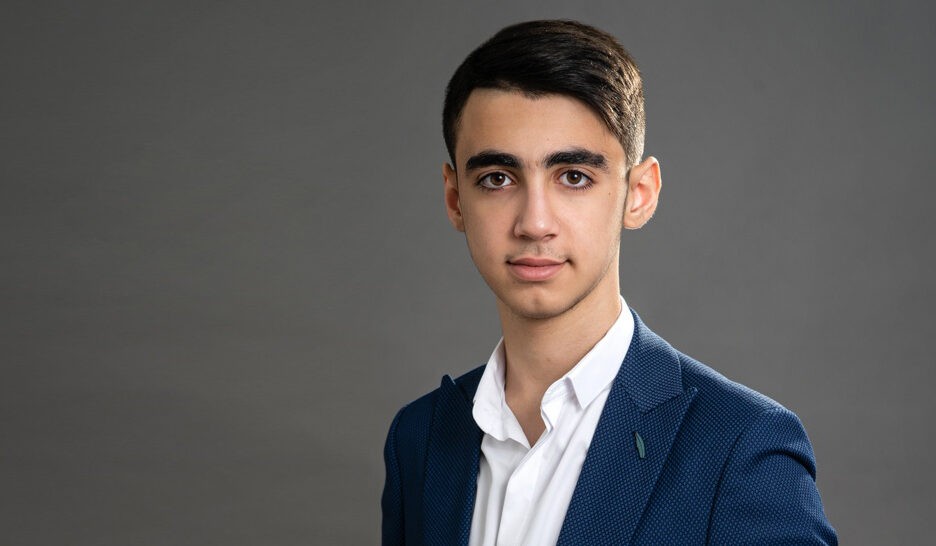 The young man said that it took a lot of effort and time to implement his idea. He took part in various competitions with like-minded people, looked for other people, who would be interested in helping him, and as a result, he managed to win a grant from the governor of Ugra.

Now many city shops, cafes and delivery services are participating in the project. Food is handed over to families who are in difficult situations, to pensioners, and to the poor. There are five employees, as well as volunteers, in the food sharing team.

In December 2020, the participants of the project, together with partners from the ZAM-ZAM cafe and the Izobilie chain of stores, provided assistance to a local nursing home and fed 71 patients. Vladimir Ovsepyan is not going to stop there. He plans to expand the project and involve as many people as possible. 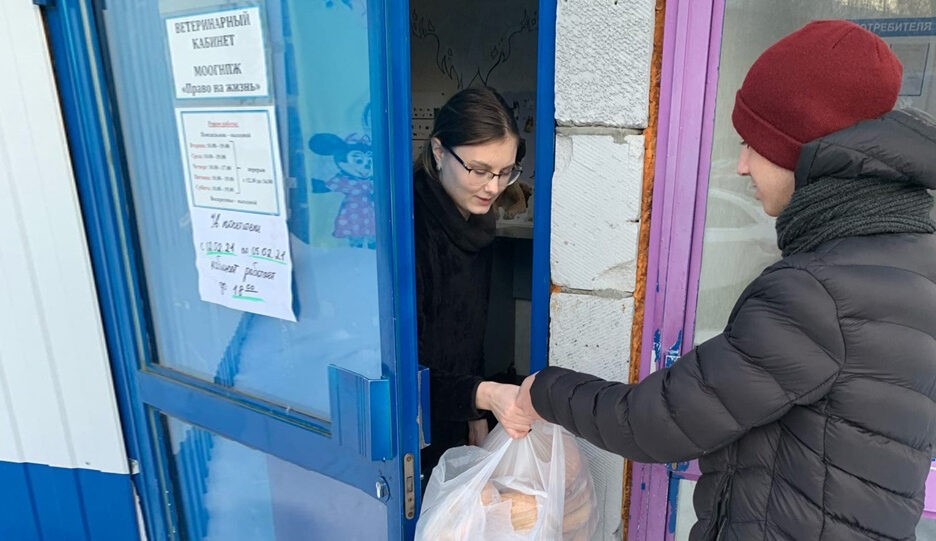 “We are planning to find even more partners, volunteers, auto-volunteers and, of course, participants,” Vladimir told the Surgut Inform portal.

Medics of the air ambulance of the Salekhard Regional Clinical Hospital helped a woman give birth to a baby right in the tundra.

The wife of one of the reindeer breeders in Yamal was going into labor early. She was 33 weeks pregnant.

In order to get to the dwelling of the nomadic reindeer herders, the doctors: obstetrician-gynecologist Diana Yeltsova, neonatologist Natalya Fadeeva and paramedic Vadim Nemtin, had to first fly by a helicopter and then ride in a snowmobile for tens of kilometers in a 30-degree frost. They were carrying the whole set of equipment and instruments, they even had a ventilator with them.

The woman’s relatives helped the doctors as best they could: they warmed the reindeer skin tent and warmed the sheets.

“We needed to create conditions as similar as possible to the intrauterine ones, since the baby was being born ahead of schedule. Maintaining the correct body temperature in a child is very important, especially during transportation. But we managed to do it,” said Natalya Fadeeva, a neonatologist, to Rossiyskaya Gazeta.

The birth was successful, the baby and his mother were transported to the perinatal center. Now they feel good, doctors are taking care of them.

Scientists rescued a rare Japanese crane that went astray in the Primorsky Territory.

A crane named Kvoter was released in the spring of 2020 in Muravyevsky Park in the Amur Region. To track his movements, special sensors were installed on him. Ornithologists assumed that the crane would join the flock and go south for the winter.

However, this did not happen, the bird wandered alone for several months and eventually ended up in the late autumn in the north of Primorye. 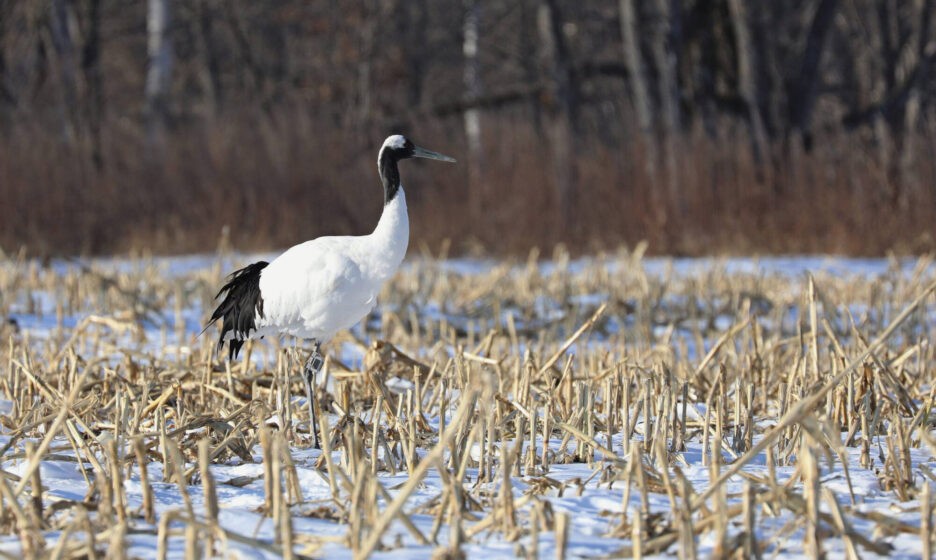 To keep the crane from dying in the cold, scientists decided to catch it and place it in a rehabilitation center for rare animals.

“The likelihood that he would survive was melting as much as the ice and frost got stronger,” said Anna Serdyuk, the lead project coordinator of the Amur branch of WWF Russia, to RIA Novosti.

The capture of Kvoter lasted two months, as it is a very cautious and distrustful bird that does not allow a person to come close to it. But in the end, the crane was saved and sent to a rehabilitation center for the winter. With the arrival of warmth, he will be released again. 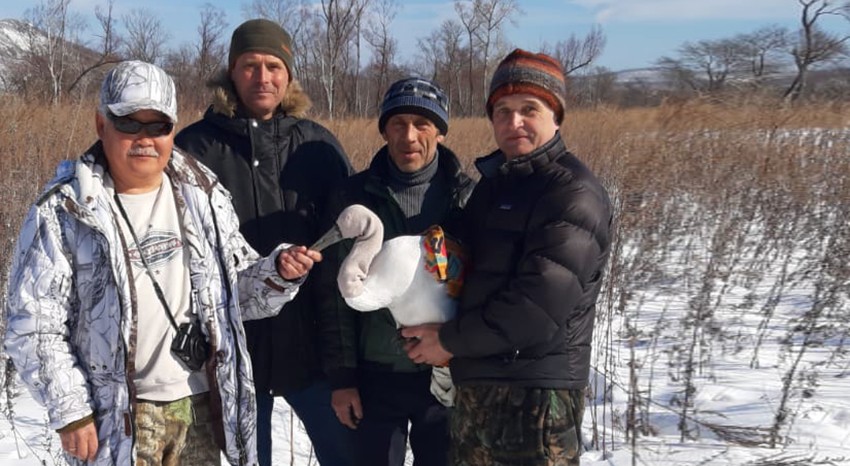 Immediately after catching. The one holding the crane is ornithologist Sergei Surmach and residents of the Dalnegorsk region, who helped Kvoter survive in the north of Primorye. Photo: wwf.ru

The Japanese crane is listed in the Red Book of Russia as the rarest crane in the Amur basin and the second smallest in the world. Its population is about 2,800-3,000 individuals.