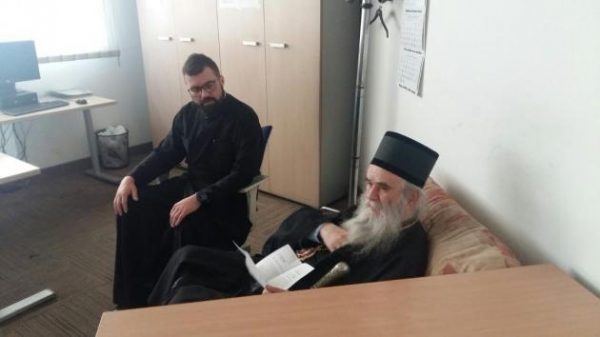 Montenegrin police in Ulcinj have opened a criminal case against the Metropolis of Montenegro of the Serbian Orthodox Church and against His Eminence Metropolitan Amfilohije of Montenegro personally for the alleged uncoordinated construction of a monastery object, reports RIA-Novosti.

The case refers to the monastic residence at St. Basil of Ostrog Monastery near Ulcinj, which the authorities destroyed on June 10. The 18th-century Church of St. Basil was just transferred to the status of a convent last month, and the building was newly-constructed.

Met. Amfilohije referred to the act of destruction as an attack on the people and the Church and against St. Basil himself, highlighting that the destruction began just after the Church announced that it would resume its protest processions this coming Sunday.

After consulting with the Office of the Public Prosecutor, the police decided to open the case against the Metropolitan and Church for the “construction of an object without notification and permission.”