Montenegrin Clergyman: Ministry of Metropolitan Onuphry Is an Example to Us 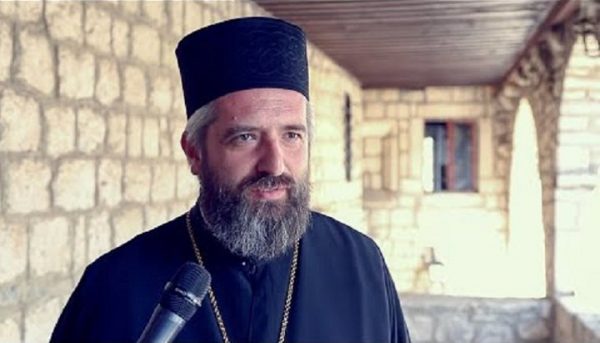 The example of His Beatitude Onuphry,  Metropolitan of Kiev and All Ukraine, shows how faith, patience, and love can withstand temptations, said Archpriest Slobodan Zekovic, Rector of St. John Vladimir Cathedral in Bar, in his comments to the Union of Orthodox Journalists, before the Divine Liturgy in the capital of Montenegro, Podgorica, on February 29, 2020.

According to Archpriest Slobodan, His Beatitude Metropolitan Onuphry, who is well-known in the entire Orthodox world, is an example of a true Orthodox confessor.

“We know that in fraternal Ukraine, Orthodox people suffer a lot from schismatics,” said the archpriest. “But Metropolitan Onuphry’s example shows us how faith, patience, and love can withstand temptations. Therefore, his arrival in Montenegro is a great comfort and joy for all Orthodox Christians. His ministry is an example to us; we must protect our shrines in Montenegro just like the Ukrainian Orthodox Church protects theirs from the schismatics.”

“But just as in Ukraine the overwhelming majority of Orthodox Christians support the canonical Church, so do people in Montenegro. And since the actions of the authorities against the Church have led to nothing in Ukraine, we hope that the same will be the case in Montenegro,” he added.

Likewise, Metropolitan Amfilohij of Montenegro and the Littoral earlier expressed his heartfelt gratitude to His Beatitude Metropolitan Onuphry for his support and participation in the cross procession in Podgorica.

Most viewed articles
A Great Time to Join the Orthodox Church347
First Church in the Antiochian Archdiocese Named for St. Xenia of St. Petersburg Prepares for Feast Day276
Patriarch Kirill: Not Only People, But Churches Too, Can Depart from God145
My World’s Different104
Brooklyn Street Co-Named for Antiochian Pastor Who Served a Half Century There93
Metropolitan Hilarion: the Church and traditional confessions have done everything possible to improve the situation in Kazakhstan86
Patriarch Porfirije of the Serbia: Our Position on the Church Issue in Ukraine Has Not Changed82
Thoughts on Theophany and Revelation71
A Christianity of the Catacombs10
4-400×6001
Most popular authors
Pravmir.com team589
Frederica Matthewes-Green347
Protopresbyter Themistoklis Mourtzanos104
Peter Samore93
Elissa Bjeletich71
Archpriest Lawrence Farley10