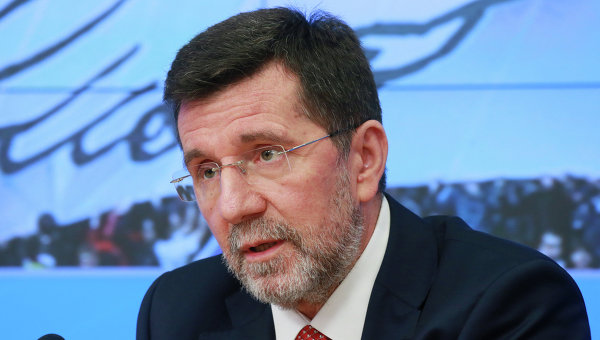 “Tragedy of Serbian people in Kosovo and Metokhija takes places before Europe’s eyes, the USA and the whole world are eye-witnesses of it. Western Christian world keeps silence about destroyed shrines, not only Serbian, but also Christian medieval monasteries. It witnesses to the lack of Christian solidarity,” the ambassador said on air the Tserkov i Mir (the Church and the World) program on air Rossija-24 TV-channel.

According to him, Kosovo and Metohija are the cradle of Serbian identity, the capital of Serbian Church, its historical center – the Pec Patriarchate – is still located there. There were several capitals of Serbian kings and tsars. There are hundreds of churches and monasteries at this territory.

Terzic reported that since NATO aggression started, over 150 churches and monasteries have been destroyed in Kosovo and he called it “the cultural genocide.”

“Since summer 1999, we lived through a great tragedy in Kosovo, mass exile of Serbs from the district, their elimination and murder. Over 250,000 Serbs have been exiled for these years. They can’t return. Their houses and property are destroyed and stolen, there is no elementary security,” he said.