Source: InSerbia Network Foundation
Natalya Mihailova | 16 September 2015
BELGRADE – The Holy Synod of Bishops of the Serbian Orthodox Church (SPC) has sent a letter on Tuesday to Director-General of UNESCO Irina Bokova, warning that the acceptance of Kosovo’s membership bid would endanger the Christian cultural heritage and the Serbs’ religious and human rights. 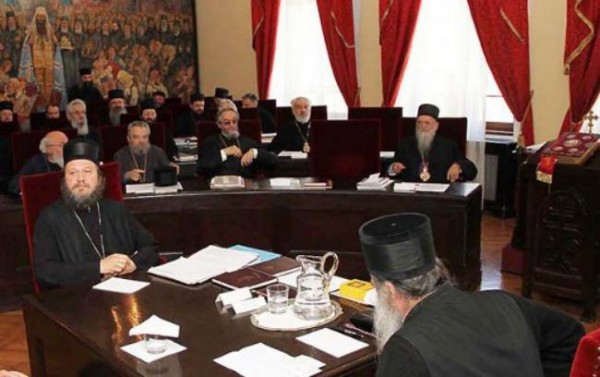 In the letter signed by Patriarch Irinej, the Synod points out that the OSCE has documented systematic post-war destruction of at least 392 Serbian Orthodox cemeteries in Kosovo and Metohija (KiM), which are still in deplorable condition.

The most important Serbian Orthodox sites are still protected by the police, and Decani Monastery is under strong KFOR protection, while thousands of exiled Serbs are unable to return.

This clearly shows that the Serbian Orthodox heritage in KiM is still in serious danger, exclusively from ethnic Albanian extremists who find their inspiration in the “ideals” of the so-called Kosovo Liberation Army, and today, unfortunately, even more in the fanaticism of radical Islam, the Synod warns.

Under such circumstances, Kosovo’s admission to UNESCO would not only be “an unwise and hasty decision”, but could pave the way for cultural repression and long-term destruction of the Christian spiritual and cultural identity, the Synod underlines.

The SPC believes that the matter of the Serbian Orthodox heritage in Kosovo must be included in the Brussels dialogue on the normalization of Belgrade-Pristina relations, as a highly sensitive issue for the international relations and the multiethnic future of KiM, the SPC states in the letter to Bokova.