Source: OCA
Natalya Mihailova | 19 August 2015
On Friday, September 11, 2015, the Board of Trustees and Faculty of Saint Vladimir’s Orthodox Theological Seminary here will bestow a Doctor of Divinity degree, honoris causa, upon His Holiness, Irinej, Archbishop of Peć, Metropolitan of Belgrade-Karlovci, and Patriarch of Serbia. At the Academic Convocation, Patriarch Irinej will deliver an address titled “Theology as a Hope for the Future of the Church.” 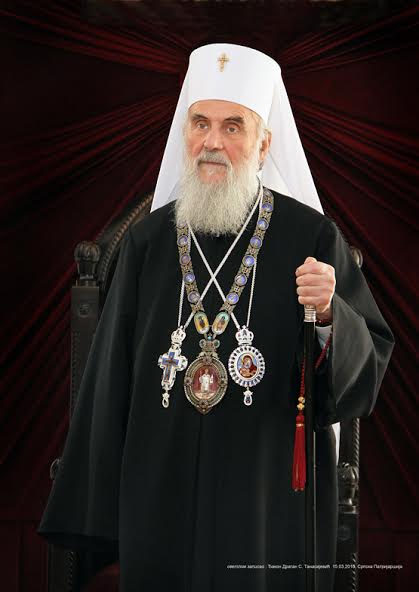 Patriarch Irinej will arrive on the seminary campus, briefly visit Three Hierarchs Chapel, and then proceed to the Academic Convocation.  The public ceremony will be held at 6:00 p.m. in the Metropolitan Philip Auditorium of the John G. Rangos Family Building.  An open reception will follow.

Patriarch Irinej, the 45th Patriarch of Serbia, was enthroned in his present position in January 2010.  He was ordained as a hieromonk in 1959.  After his consecration to the episcopacy, he served as Bishop of Moravica and Nis prior to his election as Patriarch.  He also was both a professor and rector of Prizren Seminary.

Alex Machaskee, Executive Chair of the seminary’s Board, said he greatly looks forward to the Patriarch’s visit, noting, “I was honored to meet with His Holiness, Patriarch Irinej when I was in Belgrade three years ago.  His radiance is a bright light for all Orthodox Christians.  I look forward to seeing him at Saint Vladimir’s and again en route to Kosovo at the end of September.”

“Our Seminary is honored to have Patriarch Irinej receive this award from our hand,” said Archpriest Dr. John Behr, Dean of Saint Vladimir’s.  “We are also humbled and blessed by the presence of this entire distinguished delegation, clergy who teach us what it is to witness to Christ by undergoing persecution and trials far beyond our own in the US.”