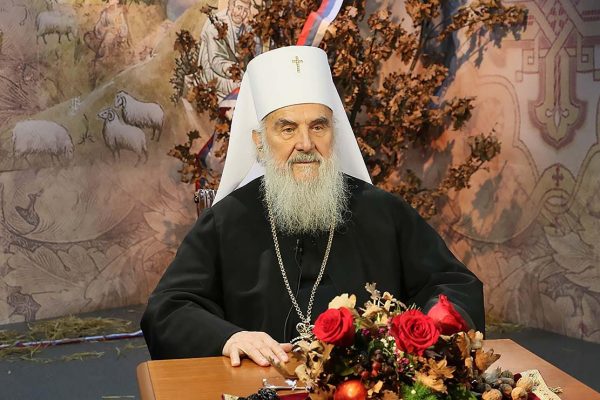 Moscow, June 1, Interfax – Name of Serbian Patriarch Irinej appeared in the list of the Mirotvorets(Peacemaker) base after his critics of Ukrainian schismatics and those who support them.

The Mirotvorets data base was opened in 2014, it contains open information about people collected sometimes illegally and published without approval of these people whom the authors consider separatists or “Kremlin agents”.

“Today the suffering Ukrainian Orthodox Church, at the site where St. Vladimir baptized people of Holy Russia is desecrated by blasphemy of schismatics, violence and bloodshed. (…) The Serbian Church entirely supports the unity and integrity of the Russian Orthodox Church and decisively condemns actions of Uniates and schismatics who tear apart the robe of Christ at the place of Kievan Baptism betraying their people to enemies,” Patriarch Irinej said in Moscow on May 23 at the ceremony of giving him the Prize of the Foundation for the Unity of Orthodox Christian Nations.

According to him, “everyone who helps Ukrainian schismatics is not only an enemy of the Russian Church and the Russian world, but also of all Orthodox Slavonic peoples and the whole Orthodox world.”