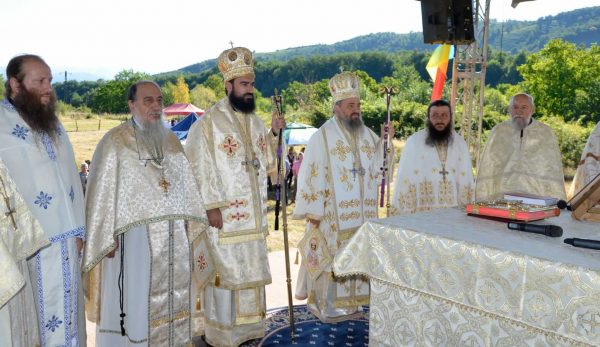 A new skete is under construction in Coroiești, Hunedoara County, in honor of one of the greatest saints of the 20th century: St. Joseph the Hesychast, the diocese of Deva and Hunedoara reports.

On Sunday, August 8, His Grace Bishop Gurie of Deva and Hunedoara and his vicar Bishop Nestor celebrated the Divine Liturgy at the site of the future skete.

The monastic habitation will also be dedicated to the Brâncoveanu Martyrs—Prince St. Constantine and his sons Constantine, Stephan, Radu, Matthew, and his counsellor Ianache, who were martyred in Constantinople for refusing to convert to Islam.

St. Joseph the Hesychast was formally canonized by the Holy Synod of the Patriarchate of Constantinople in March last year, with his feast set as August 16/29.