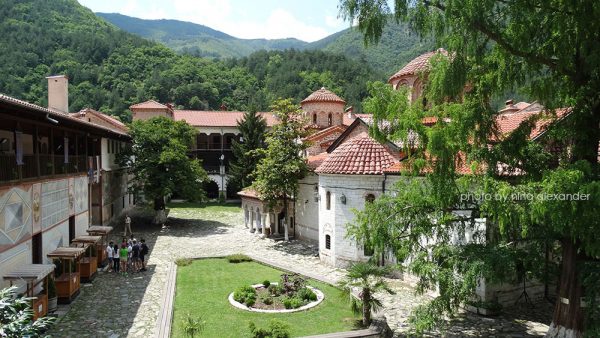 Five of the oldest Bulgarian monasteries, that have been declared monuments of culture – Bachkovski, Troyanski, Kremikovski, Kilifarevski and Plakovski, are expected to be renovated with European funds, the Ministry of Regional Development and Public Works announced.

The goal is to make these religious centers even more attractive to pilgrims and tourists. The funds will be allocated under the Operational Programme “Regions in Growth” 2014-2020 which is managed by the Ministry, The Mayor reports.

The Assumption of the Holy Virgin Mary Monastery near the village of Bachkovo, which is the second largest in Bulgaria, is applying with the project “Bachkovo Monastery – Orthodox Holy Monastery and Spiritual Pilgrimage Destination”. The project, worth just over BGN 1.2 million, includes renovation of buildings, refinement of the area and a new visitors center. The Bachkovo Monastery was founded in 1083 by Georgian Gregory Pakourianos, commander of the army of Byzantine emperor Alexios I Komnenos.

The project of the third largest monastery in Bulgaria – the Troyan Monastery of the Dormition of the Most Holy Mother of God is also under consideration. It is imperative that restoration and conservation and repair work be carried out on the west wing of the monastery complex and the main church there. The Troyan Monastery was founded in the beginning of the 17th century by hermit monks, who brought with them the miracle-making icon of the Virgin of the Three Hands.

Considered one of the masterpieces of the Bulgarian National Revival, the still functioning cloister The Nativity of the Blessed Virgin Mary near Kilifarevo, also needs funds for repair and restoration. The idea is to build a new dining room, a conference room, a parking lot, a tourist path to the old monastery and a bridge over the Belitsa River. The Kilifarevo Monastery was founded between 1348 and 1350 by the hermit priest Theodosius of Tarnovo with the support of Bulgarian king  Ivan-Alexander and quickly became the center of lively literary and educational activities.

The St. Prophet Elijah Monastery in Plakovo, near Veliko Turnovo, needs funds for major overhaul and reconstruction of the monastery buildings and the central temple. The project also envisages the construction of tourist attractions. Repeatedly plundered and burned during the Ottoman rule, the monastery has managed to preserve icons painted by Zachary Zograf, and its 26-meter bell tower with beautiful decorative masonry built by Kolyo Ficheto.

As already reported by TheMayor.EU, at the end of November a contract was signed for the renovation of the Kremikovski Monastery under the project of the Sofia Municipality “Kremikovski Monastery – the Spiritual Center of the Holy Mountain of Sofia”. Just over BGN 9.5 million will be invested in the monastery, which emerged during the Second Bulgarian Kingdom. It is planned to carry out the restoration of murals, repair of the roof and drainage of the monastery’s medieval Saint George Church, and to properly display the archaeological excavations in the area.

A North Monastery Wing will be built, featuring a ‘Sofia Holy Mountain’ Information Center, a museum exhibit, a dining room, a chapel and a bell tower. Monastery workshops will be arranged there, allowing visitors to learn the intricacies of producing jams and syrups from fruits harvested in the area. The monastery sites and excavations will be accessible to people with disabilities.

The realization of the project promises the monastery to expand its current functions and become a spiritual center for the Sofia region, promoting other monasteries in the spiritual area known as the Holy Mountain of Sofia.

Photo courtesy of The Mayor