Lyudmila Kirichenko, a social worker from the Bryansk region, inherited 200 thousand rubles from her father and spent all of this money on a house for her neighbor – a mother of six children. Her relatives did not approve of this act, but Lyudmila herself is happy.

Maria Belokopytova is raising six children alone. Her eldest son is 13 years old, and the youngest is one year old. Maria’s first husband died, and the relationship with her second husband did not work out.

Maria moved to the Bryansk region from the Krasnodar region. In the village of Sofievka, she was given a dilapidated house. 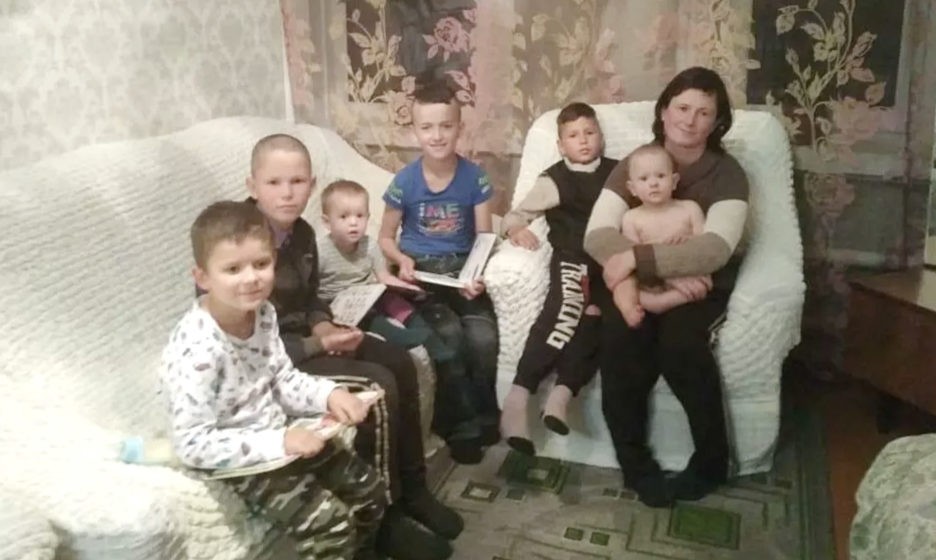 Maria with her children

“The ceiling was crumbling, the stove was falling apart. We were given another house. It was wooden and small. There were two bedrooms, a living room, an entrance hall and a kitchen. But there was no water. I wanted the house to be put on the water mains, but it cost 65 thousand rubles. Where could I get this amount from?” Maria told RIA Novosti.

She went to the water pump a kilometer from the house to get water.

Maria was helped by her neighbor’s daughter, Lyudmila Kirichenko. She is a social worker by profession.

When Maria went to the hospital with her youngest child, Lyudmila visited them and brought products. Later she became godmother to all of Maria’s six children. 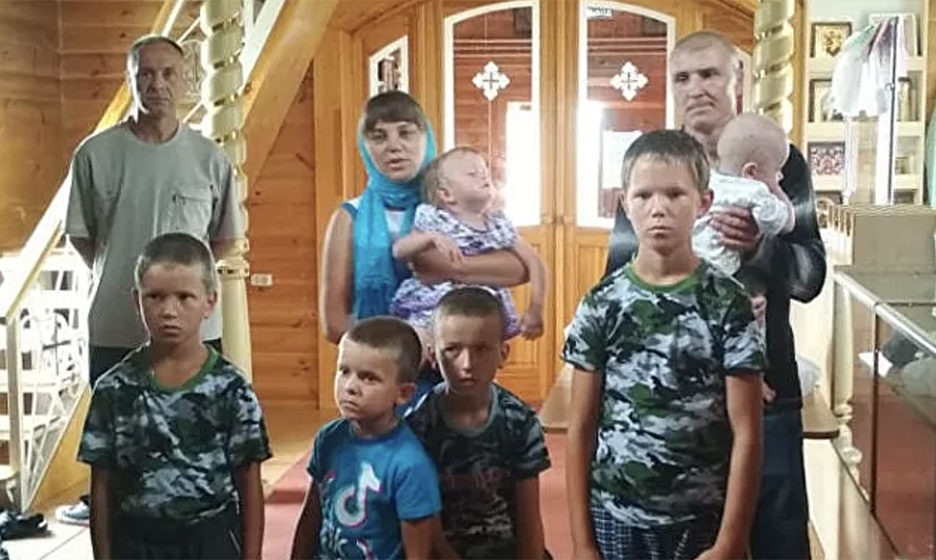 When Lyudmila received an inheritance after the death of her father, she spent all of the money on a new house for the Belokopytov family.

“After Lyudmila’s father died, she inherited 200 thousand rubles. And she gave them to us. She also helped us with the repair work,” said Maria.

The house, which the family has already moved in, has all the amenities. It is located near a kindergarten and a school.

Her relatives and friends did not approve of Lyudmila’s act. But she herself believes that she did the right thing.

“She is trying to get out of the situation in which she found herself: she maintains order in the house, is engaged in housekeeping,” Lyudmila said about Maria.

A Driver Earns Money for Orphans in Kaluga

A volunteer under the pseudonym Yuri Gagarin from Kaluga organized a charity event to raise money for children without parents.

Yuri converted his rare Volga into a taxi and drove passengers around the city, while he did not set a fixed fare for the trip, people paid as much as they were willing to donate to an orphanage.

Some gave 50 rubles, and some gave 5 thousand rubles. Yuri paid for the gas himself.

The event lasted from December 26 to January 7. Initially, Yuri planned to raise 100 thousand rubles to help the Rozhdestvensky orphanage with the purchase of basic necessities – bed linen, food, household chemicals and an intercom lock.

As a result, he managed to collect 140 thousand rubles. The remaining 40 thousands, the young man spent on food and diapers, which he will give to children who were left by their parents in the hospital.

A Man Saves Another Man from Burning Building

A resident of the village of Manuilovo, Nikolai Nekrasov, was walking home from his friends’ on Christmas night, when suddenly he saw smoke coming from under the roof of a house.

Nikolai called the rescue service, and then rushed to help the owners.

The door was open and wheezing sounds came from the building. A panting elderly man lay on the floor. Nikolai pulled him out of the smoke-filled house, and then came back again to make sure there was no one else in the burning house.

“I ran into the burning house twice more and tried to find people in the rooms,” he told the EMERCOM officers who arrived later.

The fire department arrived at the fire site very quickly, seven minutes after the call, but it took four hours to put out the fire completely.

The Ministry of Emergency Situations of Russia in the Novosibirsk region will reward the young man with an award for courage and an act of valour.