Source: The Sofia Globe
Natalya Mihailova | 24 May 2014
May 24 is the celebration Day of Bulgarian Education and Culture and Slavonic Literature. Bulgarians from around the country and the world are also paying tribute to the Saint Cyril and Saint Methodius, the creators of the Cyrillic alphabet. Today admission to all the museums in the Bulgarian capital will be free. 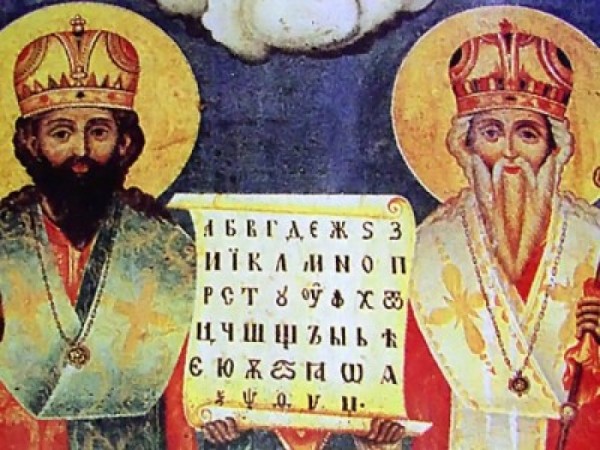 The day was celebrated as a feast for the first time in the 11th century and as a day of education was first commemorated in Plovdiv in 1851.

The name Kiril has the meaning of „lordly” (from Old Greek), while Metodi means “the one who studies, who follows a method’. The church feastday of the Holy brothers, St. Cyril and St. Methodius, is on May 11th, but under the influence of the day of Slavic Literacy and Culture on May 24th, people very often celebrate on this day as well.

The day of the two brothers was firs commemorated in 1851.

Cyril and Methodius (or Constantine and Methodius), known as the Apostles of the Slavs, were born in Thessalonica, in 827 and 826 respectively. In preparation for a mission in Moravia, Cyril invented a new alphabet and, with the help of Methodius, translated the Gospels and the necessary liturgical books into that new South Slavonic language.

Cyril died in Rome, 4 Feb., 869. Methodius went to Constantinople and with the assistance of several priests he completed the translation of the Bible and ecclesiastical books into Slavonic. Methodius followed his brother on 6 April, 885.