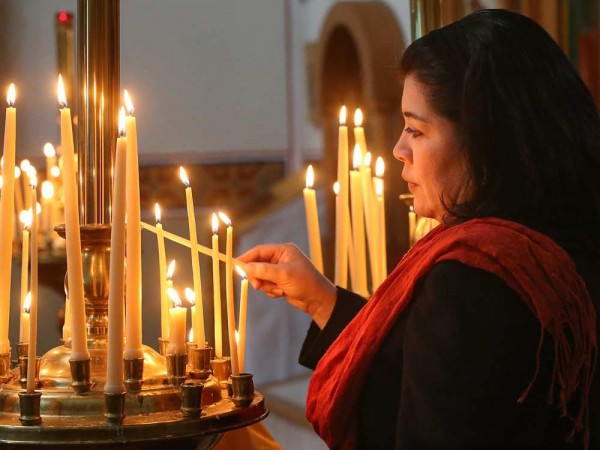 The Orthodox Church sets aside one Sunday each year – today – dedicated to a man who was born blind. The date is named after him: it’s called the Sunday of the Blind Man.

If our modern, atheist society set up a holiday such as this, you can be sure it would be dedicated to some charitable goal, or have something to do with awareness of some cause.

But like every feast in the history Church, the Sunday of the Blind Man has a spiritual purpose, to reveal a spiritual truth.

Saint Augustine tells us one spiritual truth of the healing of the Blind Man by the Lord Jesus Christ comes from the fact that it happens on the Jewish sabbath day.

That’s the spiritual truth behind this miracle.

The Blind Man eventually sees it.

Other people eventually see it.

But those whose thinking is engulfed with the Spirit of the World cannot see it.

They refuse to see it.

Saint John Chrysostom says that the magnificence of a miracle like this gets lost in the accusations of men.

When people start getting clever, making arguments, strategizing for their cause… they are going to miss God!

It happened time and time again in the Bible:

People would not believe the Lord’s miracles.

The Sadducees and the Pharisees challenged the Lord, and got annoyed at His answers.

Some even got angry when Christ raised Lazarus from the dead.

It happened with the saints throughout the centuries, too.

If the faithful wanted to quietly live out their lives as Christians, to pray, to go to Church, they would be mocked. Laws would be passed against them.

They would be asked to conform to whatever the government told them to say or do – whether they lived under the Romans, or the Ottoman Muslims, or the Soviet Communists, or others.

Eventually, they would face death for their faith in Christ.

Saint Augustine says that once the Blind Man was healed – once the Lord created new eyes for him – the Blind Man no longer tolerated purposeful spiritual blindness from those around him.

In fact, he mocked it!

The Pharisees say, “We know that God spoke to Moses: as for this fellow, we don’t know where he is from!”

And the Blind Man answers them – almost laughing – Why isn’t that marvellous! You don’t even know where He’s from, and yet He opened my eyes!… You know, since the world began it’s unheard of that anyone opened the eyes of someone born blind. If this Man were not from God, He couldn’t have done that…

Spiritual truth, versus worldly thinking.  It drove them crazy.

And you know, brothers and sisters: it still does drive folks crazy.

We should not ever, ever be surprised when the world responds to Orthodox Christianity with skepticism and hostility.

We should not be surprised when the world tries to reinterpret the Bible, or the Church Fathers, or the lives of the saints, to fit some modern agenda.

We should not be surprised when even so-called Orthodox people follow the example of the parents of the Blind Man, and try to make themselves friends of the world, and won’t say a word that might cause waves with the world.

That’s the way it’s always been. Even since the time of Christ Himself. Even with the Apostles, when you think about it.

So brethren, the lesson of the Sunday of the Blind Man must be this:

God opens our spiritual eyes, starting with our baptism, and continuing throughout our lives.

Are we going to cooperate with Him, and allow him to open our spiritual eyes more and more?

Or are we – out of fear, or a love for the fallen world – going to hang on desperately to the broken, useless, passing world, and take it as our substitute for God’s healing of our spiritual eyes?

Like the Blind Man, there will always be the mob, and people in high places, pushing us to cave in.

But just like the Blind Man, we have the Lord to help us, the Lord Who gives us just enough of what we need – out of nothing – and Who is there when we call on Him each day.