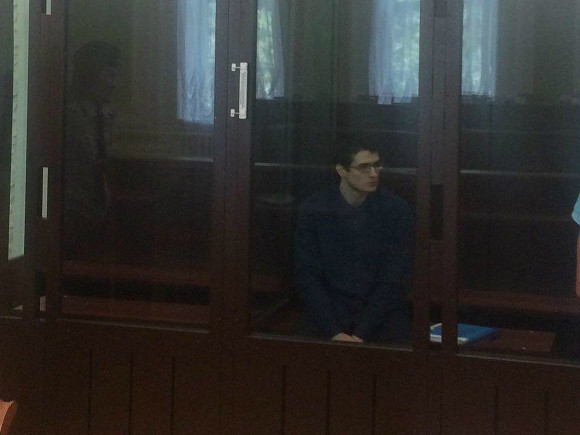 Photo of the united press service of the courts of St. Petersburg

St. Petersburg, August 10, Interfax – During its visiting session in St. Petersburg the Moscow District Military Court delivered a judgment to Yevgeny Yefimov, the third of five defendants in the case into a terrorist attack planned on the Kazan Cathedral, for prevention of which Russian President Vladimir Putin thanked his U.S. counterpart Donald Trump.

“Yefimov is found guilty and is sentenced to five years of imprisonment at a high-security penal colony and a fine in the amount of 100,000 rubles,” Judge Roman Kiforenko said, reading out the sentence.

The court has thus completely agreed on the prosecutors’ stance.

Four other defendants Shamil Omargadzhiyev, Aliskhan Esmurziyev, Firuz Kalavurov and Anton Kobets were arrested, along with Yefimov, and charged with the failure to report the planned terror attack as part of the cases over the terrorist attack planned on the Kazan Cathedral.

In December 2017, the Federal Security Service reported the detention of seven members of the ISIL international terrorist organization banned in Russia who were planning terrorist attacks at crowded venues. Five persons were identified as defendants as part of several criminal cases. It was not reported that another two detainees faced any charges.

“The Russian Federal Security Service has uncovered and suppressed the illegal activity of a secret group of ISIL members, who were planning to perpetrate deadly terrorist attacks on December 16 of this year by a suicide bomber blasting himself at a cathedral in the city, killing people and exploding improvised explosive devices at crowded venues,” according to the statement published on the website of the Federal Security Service’s St. Petersburg branch on December 15, 2017.

The terrorist group was ruled by ringleaders from foreign countries through the Telegram messenger service, it said.