Source: CatholicCulture.org
Natalya Mihailova | 05 June 2016
A jurisdictional conflict between the Orthodox patriarchates of Antioch and Jerusalem poses a new threat to the success of an unprecedented worldwide council of Orthodox prelates. 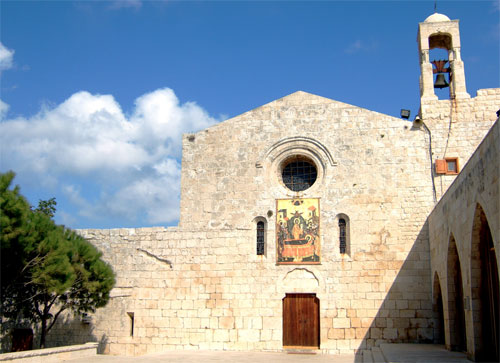 The Orthodox Patriarchate of Antioch has issued a strong statement expressing “much distress and astonishment” at the decision by the Ecumenical Patriarchate of Constantinople to defer a decision on the conflict until after the Pan-Orthodox Council, which will take place later this month in Crete. The Antioch patriarchate said the council should be an expression of unity among the Orthodox churches.

This unity, the statement from Antioch said, “is best manifested by the Divine Liturgy on the day of Pentecost, with the concelebration of all the Orthodox autocephalous churches.” Because the Patriacater of Antioch has broken off communion with the Patriarchate of Jerusalem, the statement strongly implied that representatives of Antioch would not participate in the opening liturgical celebration opening the Pan-Orthodox Council.

In another ominous note, the statement said that the prelates of the Antioch patriarchate “will meet in the next few days in order to study the special developments related to the Holy and Great Council, and take the proper decisions about them.”

Earlier this week the Bulgarian Orthodox Church announced that it does not intend to participate in the Pan-Orthodox Council. The meeting had been intended to bring the prelates of all the world’s Orthodox churches together for the first time since the split with Rome.

Most viewed articles
Blasphemous and Obsessive Thoughts Come Into My Mind. What Do I Do?158
An Extraordinary Session of the ROCOR Synod of Bishops Convenes113
Funeral Services for His Eminence Metropolitan Hilarion of Eastern America and New York81
Is God a Fool?74
How to Respond to Opposition to the Gospel64
Metropolitan Joseph, Bishop Thomas Celebrate Centennial of Little Falls Parish56
A Piece of Rock Falls Down on the Skete of St. Anna on Mt. Athos48
PRAY: 14 Students, One Teacher Dead After Texas Elementary School Shooting43
His Beatitude Metropolitan Tikhon Issues Statement on Tragic School Shooting in Texas35
Most popular authors
Pravmir.com team242
Fr. Eugene Murzin158
Archpriest Stephen Freeman74
Archpriest Basil Ross Aden64
Subdn. Peter Samore56
Associated Press43
Metropolitan Tikhon of All America and Canada35