Statement from the Chancery of the ROCOR Synod of Bishops on Recent Events at St. Alexander Church in Jerusalem 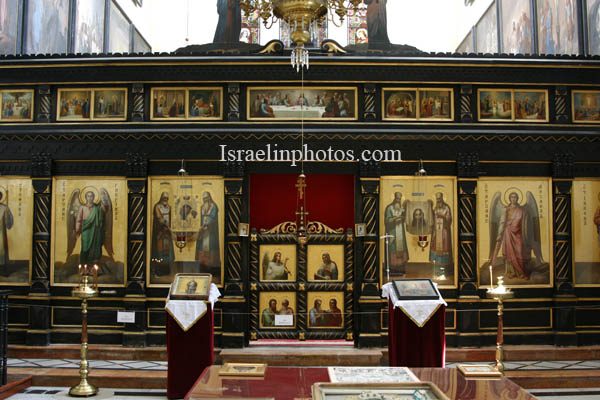 We in the Russian Orthodox Church Outside of Russia are greatly troubled by the situation of the Church of Blessed Grand Duke Alexander Nevsky, located at the so-called Alexander Compound in Jerusalem, and express our protest against the recent events associated with this holy site.

The Orthodox Palestine Society, which is under the jurisdiction of the Synod of Bishops of the Russian Orthodox Church Outside of Russia according to an arbitration award rendered in Israel in 1996 and internationally confirmed in 1997, is the legal owner of the Alexander Compound.

On January 13, 2021, a group of persons subordinate to German citizen Nikolai Worontsov-Hoffman provoked a flagrant incident on the territory of the compound, as a result of which the serving priest of the Russian Ecclesiastical Mission in Jerusalem (as part of the Russian Church Abroad), assigned to the St. Alexander Nevsky Church, Priest Roman Gultyaev, suffered great humiliation, also insulted were the clergy accompanying him, members of the same Mission under the direct jurisdiction of the Synod of Bishops of the Russian Church Abroad. In addition to the insults inflicted, the persons illegally occupying the territory of the Compound barred entry to the Chief of the Russian Ecclesiastical Mission, Archimandrite Roman (Krassovsky), when he arrived for the next Divine Liturgy, celebrated here every Thursday.

Nikolai Worontsov-Hoffman is a follower of the former Archimandrite Anthony (Grabbe), a schismatic who was defrocked. Representatives of Worontsov-Hoffman, who are illegally in the State of Israel, have been blocking access to this great shrine for a second week now, trying to forcibly expel the clergy of the Russian Ecclesiastical Mission in Jerusalem (Russian Church Abroad), which for 100 years had the exclusive right to perform divine services there. In addition, Worontsov-Hoffman allowed himself to widely disseminate malicious and false information among the public and in the media.

The Synod of Bishops instructed the Head of the Russian Ecclesiastical Mission in Jerusalem to immediately take all legal measures, since the Israeli police, due to their negligence, could not take control of the situation. At this time, the Synod of Bishops strongly condemns the Israeli authorities’ complete lack of desire to sort out the complicated situation that has developed over the past 12 months, which, in particular, made this latest incident possible.