Source: DECR
Patriarch Kirill of Moscow and All Russia | 14 July 2020 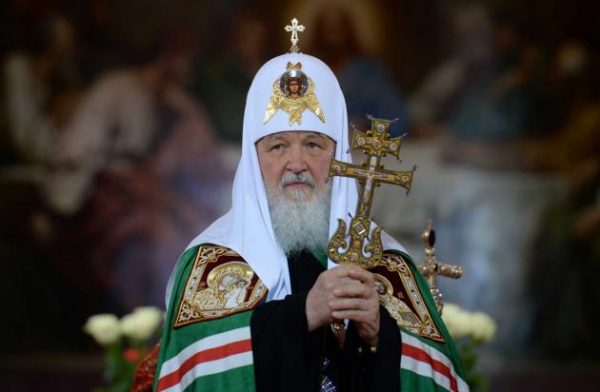 On 13 July 2020, the Primate of the Russian Orthodox Church has made a statement appealing the civil authorities of Montenegro to repeal the discriminative law that brings division and schism into the Montenegrin society, to stop the persecution against the Orthodox Church and drop the attempts to create in her place some other church structure.

With pain I have heard about the developments in Montenegro where large-scale and purposeful persecution is carried out against the canonical Orthodox Church. Half a year earlier, a discriminatory law was adopted aimed to nationalize the church property, in the first place, churches and monasteries. There are voiced promises to create an ‘autocephalous church’ with the participation of local schismatics.

The pressure on the faithful is steadily growing. Their thousands-strong actions show that they no longer can and want to bear it. Disrespect for the holy orders and public humiliation of the clergy by officials have become a norm. And it is in a country that owes its emergence as a state to the Church, which, in her history, experienced a centuries-long period when the metropolitan was the bearer of not only ecclesial but also secular power! Detentions and interrogations have become an everyday reality for episcopate, clergy and laity. Some of them had to endure confinement in police torture chambers while others have had to leave the country urgently by order of the authorities.

People do not hide that the fate of the Church and her property is the most important issue for them. It is above any laws and decrees. Hundreds of doctors and the military, teachers and lawyers speak out in support of the Church. Each of them is facing discrimination. But no one turns off the road of confession.

I call upon the civil authorities of Montenegro to repeal the discriminatory law that has brought division and schism into the Montenegrin society, to put an end to the persecution against the Orthodox Church, to stop the attempts to create in her place some other church structure. The ruler of a secular state cannot create a Church. There is no and can be no consideration that would justify the encroachment of the state upon the national shrines safeguarded by the Church.

The bitter fruits of such a policy can be seen in Ukraine where the attempt to ‘unite the people’ through the establishment of a new ‘local church’ has failed. This adventure has only deepened the schism and brought suffering to millions of Orthodox Ukrainians. It is no wonder that it has put an end to the political carrier of the author of this project.

My ardent prayers go to the Orthodox hierarchy and clergy of Montenegro, to its pious people who are tied with the people of Rus’ by centuries-old bonds of unity in the faith. Nobody can shake this unity and no persecution will be able to break down the people’s firm will to defend Holy Orthodoxy. I know that our brothers from this glorious country remember the words of Christ the Saviour which strengthened the hearts of their heroic ancestors and which today are addressed to them themselves: In this world you will have trouble. But take heart! I have overcome the world (Jn. 16:33).