After a break that lasted over a month due to quarantine measures, cross processions took place in many cities of Montenegro under the slogan "We will not give up the shrines!"
Pravmir.com team | 15 June 2020 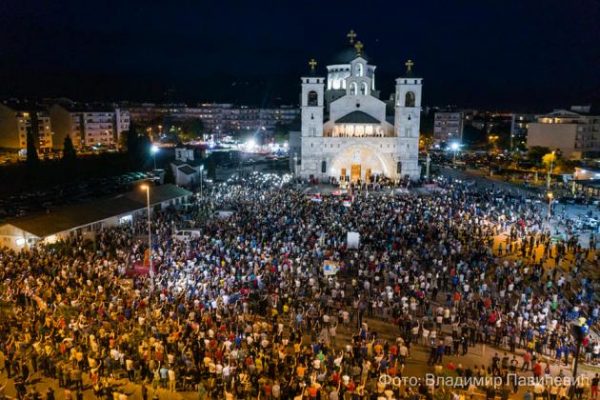 The processions are connected with the adoption of the contradictory law “On Freedom of Religion and Belief and the Legal Status of Religious Communities”, which allows the government to confiscate the property of the Montenegrin dioceses of the Serbian Orthodox Church.

In Podgorica, over ten thousand residents headed by Metropolitan Amphilochius stated that they would not give up the shrines to the Montenegrin authorities, reports the Serbian journal IN4C.

In Niksic, despite the fact that the government forbade believers to gather for processions, the faithful still walked along the main streets of the city. Around 15,000 people took part in the procession under the slogan “We will not give up the shrines!”.

Thousands took part in such processions in defense of the Church in other cities of Montenegro.