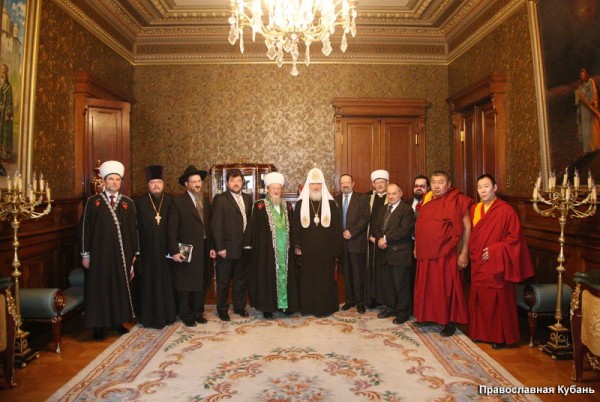 We, representatives of the traditional religious communities in Russia, express our profound concern over the practice of mass abortion in our country. Russia occupies one of the first places in the world according to the number of abortions both in absolute and relative indicators – the number of forcibly interrupted lives in mothers’ wombs, in various estimations, approaches a million a year or even exceeds a million. These terrible numbers echo with pain in our hearts and compel us to do all that is possible to protect unborn children.

We are convinced that the life of a human being begins from the moment of conception, which is consistent with the views of both our religious traditions and modern science. Those who deny an unborn child the right to live go against God, conscience and moral laws. The destruction of a helpless life hidden in the mother’s womb is a heavy sin. No consideration of one’s own comfort, gain or false fears cannot justify the sin of infanticide, which will inevitably lead to negative physiological, moral and spiritual consequences for all the participants in this crime.

Regrettably, due to the substitution of traditional family values by false consumerist ideals, the perception of the artificial interruption of pregnancy has become widely spread in society. Until the moment of birth, a child is often cynically called ‘a product of conception’ and denied the right to be regarded as a human being. The provision of operation for getting rid of a conceived child as a free of charge and easily available service financed from the public funds essentially justifies abortion in the public eye, equating it with treatment of an illness. We believe that abortions cannot be provided at the expense of taxpayers including believers, who are principled opponents of the forcible interruption of a new human life. We support the proposal to withdraw the payment for abortions from the Obligatory Medical Insurance funds.

The father of a conceived child, as well as those closest to the mother and medical workers have their own share of responsibility for an abortion made. We believe each conceived child must have the right to be born, whereas any encouragement for abortion on the part of doctors is categorically unacceptable.

Motherhood is a natural ability of a woman, her special gift and ultimate calling. In this connection, there is a great demand for the work of pregnancy crisis centers, which give consultative aid and reliable information about abortion and its consequences. We believe that the state should develop an effective concept of opposing abortion and, as one of the national policy priorities, allocate funds for the prevention of this pernicious phenomenon. Also, attention should be given to the material and psychological aid to women who have decided to keep the child as well as to lonely mothers who have found themselves in a difficult life situation. We support the effort of charitable foundations and public organizations, which stand for the protection of life and carry out programs of aid to those who have decided to refuse abortion.

We believe it necessary to change the information policy in favour of the assertion of family values, possession of many children and childbearing. It is extremely important that the mass media and advertising, often making a decisive influence on the mass conscience, should educate the younger generation for respect for the sacred gift of life, ideal of chastity, fidelity, mutual love and sacrifice and demonstrate the attractive image of a sound and happy family.

The task to support the family and to develop an effective demographic strategy is a matter of national security and an indispensable condition for making our country strong, prosperous, morally solid and spiritually rich. We call upon believers, all citizens of our country and the state to join efforts in the common task of saving children’s lives.