Sunday of the Fathers of the First Ecumenical Council 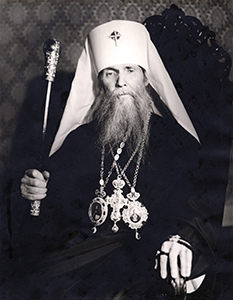 The Orthodox Church today prayerfully remembers the Fathers of the First Ecumenical Council of Nicaea, which once met in the city of Nicaea in order to investigate and judge the heresy of Arius. We know that in the first centuries of Christianity, the Church endured severe persecution, first from the Jews and then from the pagan Roman imperial power. But despite the fact that the persecution was bloody, despite the fact that thousands of Christians died under torture for their confession of faith, nonetheless, it was not dangerous for the Church.

The Christian of the first centuries remembered well that the Lord Jesus Christ said: “And fear not them which kill the body, but are not able to kill the sou: but rather fear him which is able to destroy both soul and body in hell” (Mt 10:28). And in the Apocalypse He said: “be thou faithful unto death, and I will give thee a crown of life” (Rev 2:10). In these bloody persecutions Christians were faithful to death, went to martyric death, and received from the Lord Savior the crown of eternal life earned by them.

When the era of persecution ended, another began. This was much more dangerous for the Church. Then inside the Church appeared heresy, delusion, and distortion of the truth. They appeared immediately, but the first were not much noticed, and did not attract many followers. The heresy of Arius, which appeared when the persecution had ended, agitated the entire Church. Arius was a scholar and an eloquent presbyter, that is, a priest – a pastor in the city of Alexandria. The bishop of Alexandria died. At that time the flock choose its own pastors. The eloquent, educated Arius, who held a prominent position, was certain that he would be chosen, and that he would be the bishop. But the majority of the clergy and people chose another bishop, the presbyter Alexander, who was also well read, educated, and knowledgeable. He was not as outstanding and talented as Arius, but he was marked by his piety, and was truly of righteous and holy life. For this reason the clergy and flock honored him and elected him.

This piqued Arius’ wounded self-love. Unfortunately, this is always the story in the history of heresies. In the beginning there lies an evil motive, an evil impulse of a personal character, which is wrapped in a robe as a kind of fidelity to truth. 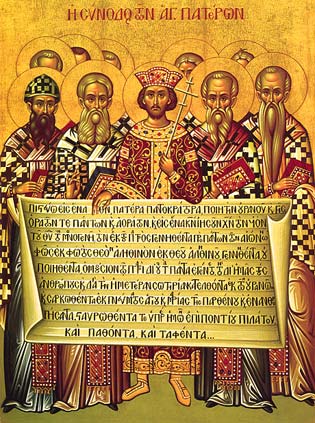 Thus Arius, in his self-love, decided to speak out against his own bishop – he could not accept the fact that he was not a bishop. Once Bishop Alexander spoke with his clergy about the Mystery of the Holy Trinity, about the equality of its Persons, that the Holy Trinity is a Trinity of Unity, inasmuch as in three Persons there is One Divine Essence, One Divine Nature. Arius boldly stood up and began to contradict him and began to assert that the Son of God is not equal to God the Father, as Bishop Alexander had said, or not born of Him, but created by Him, as a creature, as creation. True, higher, more perfect, but still creation, a creature. Alexander tried to reason with gentle admonitions to reason with Arius, but he persevered. And since he was eloquent, this heresy arose, and because of him it spread and eventually roused the entire Church.

Alexander, as a bishop, excommunicated him from the Church. He left, but began to spread his doctrine further and further. In the end, the Equal-to-the-Apostles Emperor Constantine himself commissioned the Elder Hosius of Cordova, well known for his piety and deep wisdom to make out what this was, what this was for a heresy. The elderly Bishop Hosius, pious and wise, arrived in Alexandria. Without any prejudice, absolutely impartial, he investigated this question, and returned and told the Emperor that Arius was preaching a horrible heresy, which subverts all of Christianity. For if the Son of God is not equal to God the Father and is not born of Him, then He is not God, but creation, which means that he was not incarnate as the true God-Man. That means that the deed of our salvation was not accomplished as our Christian faith teaches us.

In the end, an Ecumenical Council assembled. Arius had only a few bishops on his side. The overwhelming majority of bishops (and more than 300 assembled for the Council) stood firmly for the Orthodox faith, condemned the heresy of Arius, and excommunicated him himself from the Church, as a persistent and uncorrected heretic.

This heretic died a horrible death, but his heresy agitated the Church for a long time. Only gradually did it begin to subside. It had to be fought by Basil the Great, Gregory the Theologian, and John Chrysostom, who lived after Arius. But, in the end, truth triumphed, but there was a moment when in the East, of all Orthodox bishops, only St Athanasius the Great remained, and in the West only St Hilary of Poitiers; all the other episcopal cathedras, hundreds of cathedras, were taken by bishops who were themselves Arian heretics.

The Church, however, was not lost. It was difficult for St Athanasius to fight with the heretics in the East. Many times he was exiled, but he remained unmoved. When he learned in his solitude that at last he had an ally, a successor, in St Basil the Great, did this great defender of Orthodoxy breathed a sigh of relief. Thus did the Church experience this heresy, that is how it was disturbed by it.