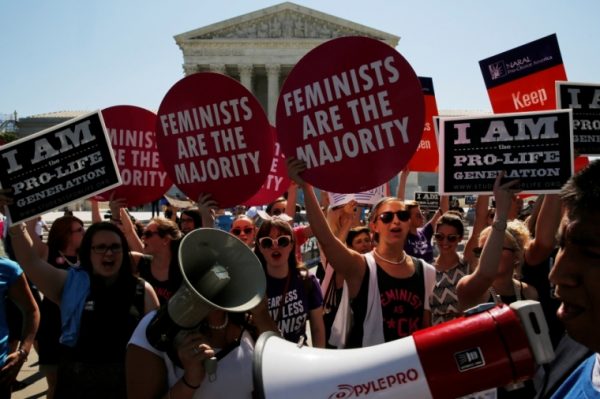 The U.S. Supreme Court Monday rejected a case brought against a Kentucky law requiring mothers to view an ultrasound and listen to audio of their child’s heartbeat before going through with their abortions.

The nation’s high court offered no reasoning for its decision to let stand a Kentucky law that has been blocked by courts since it was enacted in 2017. But the court’s decision paves the way for the law to finally be enacted.

The law requires mothers to look at an ultrasound of their child while a doctor describes the ultrasound to the patient. Doctors are also required to play audio of the fetal heartbeat.

“We are encouraged by today’s Supreme Court decision that lets Kentucky’s pro-life ultrasound law stand,” Marjorie Dannenfelser, president of the national pro-life lobbying group Susan B. Anthony List, said in a statement. “Modern ultrasound technology opens an unprecedented window into the womb, providing indisputable evidence of the humanity of the unborn child.”

Abortion rights supporters chided the court’s decision. The law was challenged by Kentucky’s only abortion clinic, EMW Women’s Clinic of Louisville, which was represented by the American Civil Liberties Union.