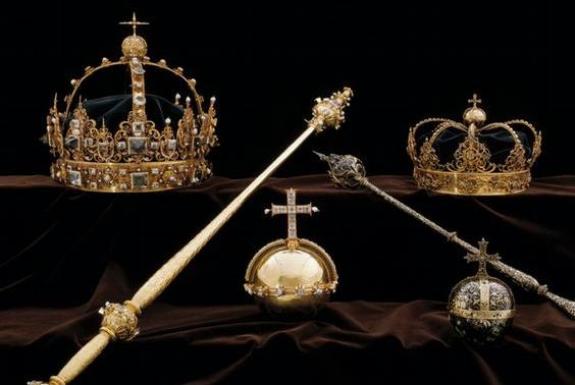 CROWN jewels belonging to the Swedish royal family were stolen in a daring 007-style heist by thieves who escaped on a motorboat.

Two crowns worn by Karl IX and Queen Kristina, as well as a royal orb, were taken from the 13th Century Strangnas Cathedral.

“I saw the boat was there, a white little boat with a motor on the back. Two men hurriedly jumped on board and it sped off.”

The witness, who was not named, described it as a “despicable” robbery.