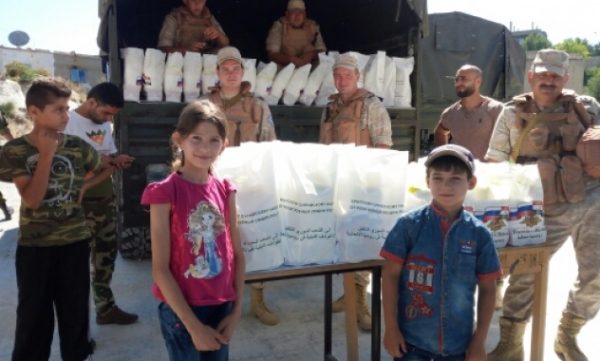 “We are giving you this statement to ask you to approve within the shortest possible period of time the supply of assistance to be distributed through churches and Christian organizations of the Al-Hasakeh province and include the province in the IOPS annual support program,” the document, quoted by the paper, said.

Official representatives of the Jacobite Syriac Orthodox Church, the Armenian Apostolic Church, the Ancient Assyrian Church of the East, and the association of Evangelical Christian Churches asked the IOPS to provide them with aid. These churches can be found throughout northeastern Syria, a region now controlled by a Kurdish administration, the article said.

One of the reasons for this request is systematic persecution of Christian minorities by the Kurdish administration, the paper said.

The difficult situation in the province is a result of the economic and political restrictions imposed by the Kurdish authorities on religious minorities, said Christian Sootoro self-defense units in Qamishli, a key city in the Al-Hasakeh province, which has a considerable Christian population. These units are in charge of security in the city’s Christian quarters, according to the newspaper.

“The Kurdish authorities are using various forms of discrimination against the Christian population, forcing the Kurdish language, laws, and traditions on them. The authorities are introducing extra taxes, seizing land and harvests, subjecting Christian businessmen to discrimination, disconnecting them from water and power supply, and forcibly sending them to military units fighting on the front,” the Sootoro chancellery told the paper.