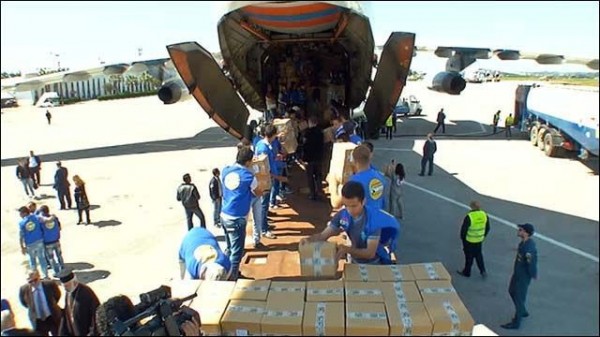 A Christian charity says the need for humanitarian aid in Syria has become critical and is calling on the international community to step in.

Up to 33 per cent of the Syrian population is thought to be living below the poverty line as a result of the war which broke out nine years ago.

Since December, some one million people have been displaced from the north-western city of Idlib where rebel fighters still have a strong hold.

The United Nations has been critised for its approach to the humanitarian emergency with the chair of the defence select committee, Tobias Ellwood, calling its response “broken”.

The UN’s former under-secretary-general for Humanitarian Affairs, Baroness Amos, has called it an “absolute scandal”.

John Pontifex from Catholic charity Aid to the Church in Need (ACN) told Premier numerous hospitals and schools there have been reduced to rubble due to the fighting. This coupled with a mass exodus of people as made the situation “dire” for those who have remained.

“People have become desperate. The level of help that the United Nations needs to provide is absolutely critical,” he said.

Pontifex went on to explain that a number of Christian charities such as ACN have had to step in where support has been lacking: “We are a pastoral organisation supporting the needs of the church, but the bishops and other project partners have said to us, please, please, please, we need urgent help. This is food, medicine, milk. These are basic things that we need and if you don’t provide them, we just don’t know what the future will hold.”

A lack of infrastructure and government hostility to outside help has made getting aid into the country challenging. Pontifex has encouraged the international community to unite in tackling the Syrian crisis.

“We’ve all got to come together and think first about the individual person, who is suffering, who really just doesn’t have enough food to put on the table.

“We’ve all got to rally round to enable that help to get through because it seems the situation is only getting worse.”