The Syrian Ambassador in Russia: “The West is Responsible for the Sufferings of Christians in the Near East”

Source: Pravmir.ru
Natalya Mihailova | 14 November 2014
November 11, 2014. Riad Haddad, the Syrian Ambassador in the Russian Federation, delivered a speech during a panel discussion titled “The Near East on Fire. Who Will Protect Christians?”, which took place during a forum entitled “Orthodox Rus'” on Tuesday. In his speech, Mr. Haddad noted that the fact that Christians and other religious minorities have become the main aim of the terrorists is the work of the West, because it produced the seeds of these groups. 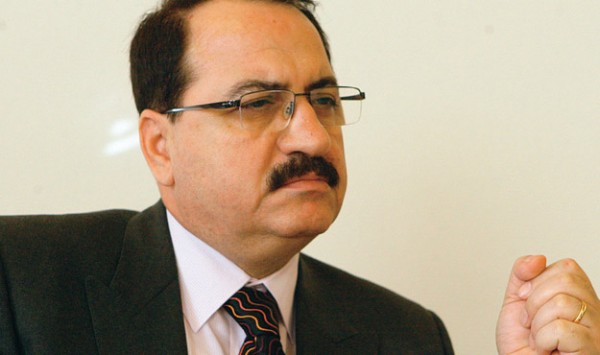 The RIA News Agency has reported that the participants of the panel discussion titled “The Near East on Fire. Who Will Protect Christians?” – which took place during a forum entitled “Orthodox Rus’” on Tuesday – believe that the difficult situation developed for Christians in some countries of the Near East has arisen due to the interference of the Western countries in the policy of these governments.

“Christians and other religious minorities have become the main aim of the terrorists. Consequently, there have been victims, crimes, and bloody massacres, which are unimaginable… Syria has experienced the major strike of extremism… All of it is the work of the West, because it produced the seeds of these groups. The West, just as this world terror, has created this situation,” the Syrian Ambassador in the Russian Federation stated.

“Allies, who speak eloquently about democracy, are liars in disguise. An excellent example of this is the policy of double standards that is favored everywhere in the West. Is the current situation in Ukraine, particularly in Kiev, democracy? It is an example of criminal activities and an example of how to use power in order to change the government system after losing an election. It contradicts the international law,” Mr. Haddad pointed out.

He also mentioned that Syria has always been a model of a peaceful existence of representatives of all religions. People today lay down their lives for Syria and for resisting terrorism.

In his speech, Vladimir Legoyda, Chairman of the Synodal Information Department of the Russian Orthodox Church, noted that the Western mass media hardly mention the persecution of Christians in the Near East, even though they report about the situation there.

“Acknowledging the problem of the persecution of Christians, we should admit that it is a result of a quite definite, but not thoroughly thought through, interference of the Western countries in the interior policy of the Near Eastern governments, to put it mildly… Ignoring this problem is a chance to ignore one’s responsibility for what is happening,” Mr. Legoyda stated.

In his opinion, the issue of violating Christians’ rights exist not merely in the Near East, but in the whole world, in particular in the European countries. “We know that today “Christianityphobia” is not just any word. Unfortunately, this is the reality, both social and socio-political, which exist in many European countries,” Mr. Legoyda stressed. He also mentioned that people get fired for demonstrating their Christian identity in some countries.

Most viewed articles
“Do Not Weep”144
Best Films of the Pokrov Film Festival Have Been Determined127
Christ the Life Giver125
(VIDEO)Celebrating 5 years of Byzanfest International Orthodox Film Festival78
Patriarch Kirill Answers Questions from Participants of the Ninth Faith and Word Festival69
The Religion of Self68
“He preached the message of the Resurrection for 12 years”: First Bishop of Deva Gurie Georgiu laid to rest at Cathedral of St Nicholas15
Using Our Time Wisely to Cultivate the Seeds of Faith2
Most popular authors
Pravmir.com team274
Archpriest Peter Olsen144
Fr. Theodore Stylianopoulos125
Fr. Gabriel Bilas68
Aurelian Iftimiu15
Priest Luke A. Veronis2