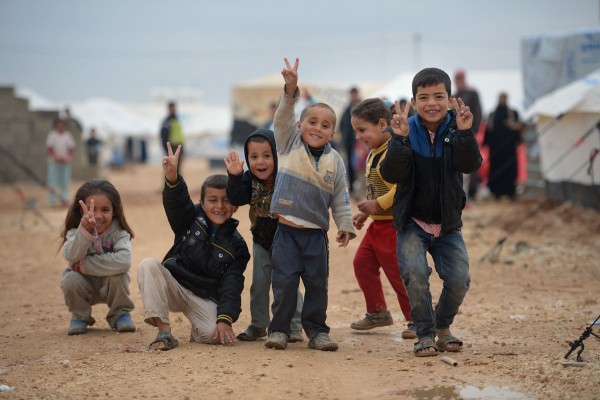 Pope Francis has called on Christians around the world to join a special prayer event for the millions of Syrian children who have been killed, displaced or orphaned by the country’s brutal civil war.

June 1 marks International Children’s Day and the pontiff extended the invitation to both Orthodox and Catholic Christians in a joint Day of Prayer for Peace. Syrian children were the “protagonists”, said Francis, as they invited all the world’s children to unite with them.

The initiative was backed by Syrian Christian leaders who will gather hundreds of children from different denominations to process through war torn cities such as Damascus, Aleppo, Homs, Tartus and Marmarita.

In a joint message Syria’s Catholic and Orthodox leaders said the children will pray so that “peace may come at last”.

The message said: “We pray to him — the Christ, the king of the universe, who carries the world in his hand, in the arms of his mother — to bless all the children of Syria.

“We implore him, who alone can bring peace: ‘Protect and save the children of this land! Hear our prayers, now! Delay no longer in granting peace to our land! Look upon the tears of the children; dry the tears of the mothers; let the cries of grief at last fall silent!'”

The cross-denominational event is supported by Catholic charity Aid to the Church in Need, and was promoted by Pope Francis after a mass on May 29.

“This Wednesday, June 1, on the occasion of International Children’s Day, the Christian Community of Syria, both Catholic and Orthodox, will participate together in special prayer for peace, which will have children as the protagonists,” said the Pope.

“The Syrian children invite children from all over the world to unite with them in their prayer for peace,” he added.

His words came the day after he told a gathering of children about a Syrian girl who drowned in an attempt to reach Europe. He said he did not want to make the children sad but wanted to tell them the truth. “They are in danger – many boys and girls, small children, men, women – they are in danger,” he said.