Source: Pravmir (Russian)
They don't give students grades, but train them and frighten them with consequences if they don't study.
Irina Sycheva | 22 March 2021

The Teacher trade union has created a petition demanding the abolition of the All-Russian Verification Works (RVW). It was signed by more than 25 thousand people. The authors believe that the RVW takes up study time and disrupts the learning process, and the works themselves are composed with errors and their results do not reflect the real level of knowledge. “Pravmir.ru” talked with teachers about whether children need the RVW.

“RVW is a waste of school resources and teachers’ time”

“The RVW is an absolutely unnecessary function in education. Moreover, it is inherently illegal.

These tests are carried out as part of the monitoring procedures in the education system in accordance with a government decree. Monitoring is a procedure that is not included in the educational process, that is, it cannot be the result of verification work for which a grade can be given. That is why Rosobrnadzor* insists that there is no need to put grades for the RVW.

So the result is pointless work. All over the country, children waste a huge amount of time. For example, 8 exams, each lasting two or sometimes three hours, take a total of 16-18 academic hours. Three exams take at least 6 hours.

All this is done on the resources of the school, because there is no additional funding for holding the RVW, and teachers are not paid for it.

To carry out the RVW in a medium-sized school, you need to print about 20 thousand sheets with assignments. If in big cities the school budget is enough, in the regions it very often falls on the shoulders of parents, they have to collect money to pay for cartridges and paper.

As a result, teachers write reports on holding the RVW, statistics are sent to the controlling organization, and no grades are given. That is, absolutely meaningless work from the point of view of school and children.

It is only necessary for Rosobrnadzor and no one else.

And I will repeat once again that the obligatory holding of the RVW in schools, from the point of view of the law, is doubtful, strictly speaking. If this is monitoring and observation, according to Rosobrnadzor, then it cannot be included in the teacher’s work program, inserted into the schedule, and accordingly, it cannot be carried out during school hours. In addition, legally, a child can participate in the RVW only with the written permission of the parents.” 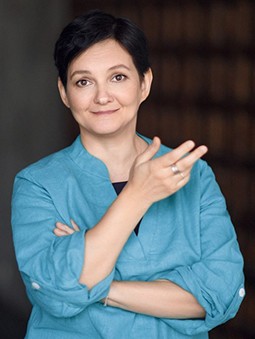 “Preparation for the RVW distracts from the real tasks of the educational process. The RVW gives teachers an additional load, and gives children unnecessary stress, like any superfluous test.

Very often, the content of the RVW does not correlate in any way with what children actually study, and teachers must train them on the content of these works, so that the school will show some more or less decent results. Moreover, since knowledge of a specific material in a specific class is checked, the RVW greatly limits the teacher’s freedom – which is still not completely lost – to build a course in their own logic and subordinates school education to preparation for tests.

The RVW is needed only by Rosobrnadzor and the Ministry of Prospectus: they create the illusion that they have everything under control. Apparently, when all children of the country at a certain time sit down at their desks and in the allotted time together rewrite the same text or solve the same problems, the impression arises that by the way they rewrote this text or solved the problem, one can judge whether they learned well what they were taught. In fact, this is an absolutely meaningless activity that distracts from real tasks and destroys the educational process.”

“Teachers do the work for officials”

Petr Zemskov, a mathematics teacher from the Chelyabinsk lyceum No. 35, said: 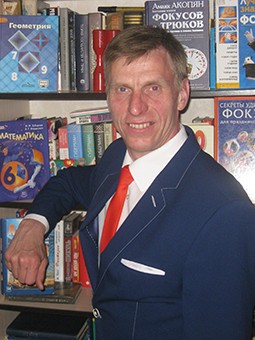 “What is the purpose of the RVW? If the test of knowledge, then I, as a teacher, can check it myself. I can give students a test, which will be scheduled during the quarter or at the end of the year, when there will be a review for the entire course.

However, in the case of the RVW, I have to cancel the lesson, which should be according to the plan, then check students’ work, and then not give them grades.

Children are stressed, and so are teachers. In a word, I see no point in conducting the RVW. These tests disrupt the life of the school.

Rosobrnadzor, which is engaged in the implementation of the RVW, is not a pedagogical organization, its purpose is to oversee the knowledge and skills of schoolchildren. And it turns out that the work for Rosobrnadzor is performed by ordinary teachers who carry out and check this work, enter its results into the protocol.

I think that with the number of drawbacks that exist, there is no point in conducting the RVW neither for teachers, nor for children.

The state, probably, should exercise some kind of supervision: what information the teacher gives, whether he or she gives the knowledge, and how things are going with teaching in a particular subject. But if such supervision is required, it must be carried out not by the hands of teachers, but through the staff of the supervisory department. Let the program include a RVW lesson, which will be attended by experts and will assess the quality of children’s knowledge and teacher’s work.

Now the situation is such that I carry out the RVW to the detriment of the planned lessons, and then I have to trick and somehow catch up with the material and compensate for the time spent. And I just see that I am doing work for an official from Rosobrnadzor, and to the detriment of my own work.”

“The RVW are full of mistakes and assignments not by age”

“The All-Russian verification works (RVW) are untenable on all counts. 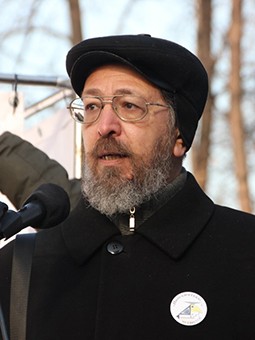 These works are unjustified from a legal point of view, because monitoring, and this is the definition given to the RVW, should be carried out by some body independent of the school. You cannot monitor by the same teachers who work in this school. In a government decree of 2013 on monitoring, it was said that it should be carried out by Rosobrnadzor and regional municipal authorities.

If this is monitoring, then experts should come to the school and conduct some of their research with subsequent summing up. Now, it is not clear why, all this was put on the shoulders of the school. This leads to a violation of the curriculum, the schedule of lessons.

There are also questions about the content of the verification works. Experts conducted an analysis of the RVW in several subjects and came to the conclusion that the tasks are full of errors, incorrectly formulated and compiled without taking into account the specifics of different ages of children. They were obviously made not by teachers, but by some officials who had a poor idea of the school’s curriculum.

The RVW is also baseless from the organizational side. In order to conduct the RVW, a school requires a huge number of man-hours of teachers’ work – for preparation, checking work and writing reports. No money is allocated to pay for this work.

Additionally, it takes a tremendous amount of resources to print materials for these works. And in many schools there are problems with paper, and with printers, and with cartridges. We estimate that just one printout of these jobs takes dozens of paper packs.

Parents, children, and teachers are intimidated that if the children do poorly, the school’s rating will drop.

Indeed, the latest rating, which was announced by Rosobrnadzor last week, is based largely on the results of the RVW.

Children also spend a lot of time preparing for these works, they are taught that they need to train before such tests, and they have to take time away from normal activities. In addition, conducting the RVW is stressful for both children, teachers and parents.” 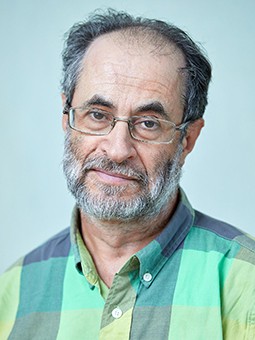 “The RVW distracts from the educational process, especially when there are tests in several subjects. Schools are sure to prepare for the RVW, because no matter how many people say that schools will not be assessed according to these criteria, in the end, of course, this will happen.

As a result, many teachers believe, including myself, that the state has recently been interfering in the affairs of secondary education and is engaged in one thing – the method of control and, in general, control. Nobody is engaged in teaching methods.

And endless control makes teachers feel that they are not trusted, they are not allowed to evaluate the students themselves, that they are suspected of masking the real state of affairs. This is very unnerving and insulting.

On the other hand, it is known that in some cases the assessment tests do not take into account the reality that exists today.

That is why the public, primarily the pedagogical community, opposes the RVW.

If they give grades, it means that there will be a lot of stress for the children, completely unnecessary and adding nothing to the level of education.”

* Rosobrnadzor is the Federal Service for the Supervision of Education and Science.