Temples to God of Flesh and Blood 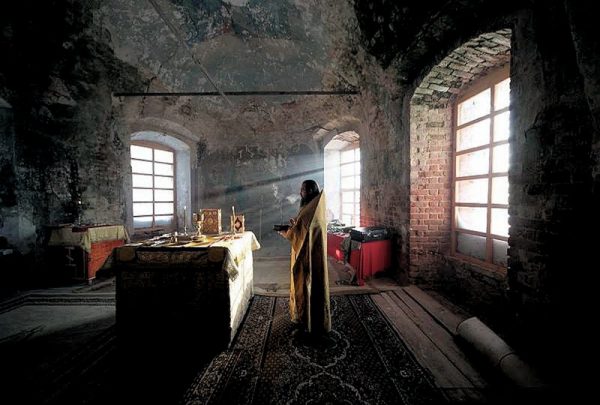 God abandoned the temple of Jerusalem. He abandoned that prison called the temple. God grew weary of dwelling in a temple of cold stone or of dry pages with no life in them. He chose to dwell in flesh and blood, in man whom He created “in His image and likeness.” And in “the Word of God who became flesh and dwelt among us,” He began a new covenant between God and man, a covenant of kinship of flesh and blood.

If the law of the temple was sufficient for man to live with God, then it would not have been necessary for the Son of God, Jesus Christ, to become man. By becoming man, Jesus voided the role of the first temple, because He Himself became the new temple. This is confirmed by the Holy Evangelist John, where he talks clearly about the end of the exclusivity of worship in the temple of Jerusalem, since Jesus Himself is the new “temple” and where there is Christ, there is the temple. When the Jews asked Jesus for a sign, He responded by saying, “‘Destroy this temple, and in three days I will raise it up…’ But He was speaking of the temple of His body.Therefore, when He had risen from the dead, His disciples remembered that He had said this to them” (John 2:18-22).

The Son of God became a living temple of flesh and blood, so that every person might become a temple to God. Saint Paul, the divine apostle, and the living Christian tradition after him say that everything Christ was by nature, man becomes by grace. Christ is the true temple and through Him every person becomes a holy temple in His image and likeness. In Christ, the new creation began. He came to renew what was forgotten and what was neglected.

While the Holy Spirit has dwelt in man from the beginning of creation, since the story of man’s creation states that the Lord God “formed man of the dust of the ground, and breathed into his nostrils the breath of life; and man became a living being” (Genesis 2:7). As for the Islamic tradition, it states that God created man from clay “then He fashioned him and breathed into him of His Spirit” (Surat al-Sajada 9). This breath is the spirit by which God distinguishes man from other creatures, since He allotted it only to him. It is the divine presence, before the appearance of religions and the scattering of people among them, in man who was created “in the image and likeness of God” (Genesis 1:26).

Some people are outraged by attacks on churches and mosques, since they are holy temples to God. This is a praiseworthy and laudable zeal. But if only they were outraged at the attacks whose victims are living holy temples to God of flesh and blood, thousands of human temples, moved by the divine breath that dwells within them, taken away by those who are called– like them, like their victims– to be temples of God, but they preferred for this spirit to depart from them.