Source: Neoskosmos.com
Dimitrios Pagourtzis has been identified as the suspect in the deadly shooting
Pravmir.com team | 20 May 2018 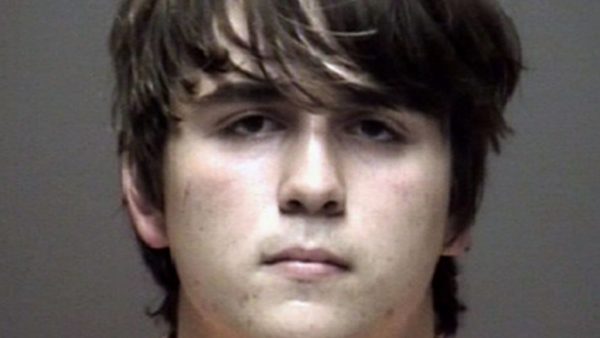 A 17-year-old Greek-American student armed with a shotgun and pistol has opened fire in a Texas high school, killing nine fellow students and a teacher, authorities say, in an attack similar to the massacre at a Florida high school in February.

Dimitrios Pagourtzis is accused of being the school shooter at Santa Fe High School in Texas.

The accused shooter, who also goes by the name Dimitri Pagourtzis, is the son of a Greek immigrant who owns a marine repair company and a mother who works at a medical centre.

His family originates from Karditsa, Greece.

The Texas governor said in a news conference that it’s believed the 17-year-old used guns that his father, Antonios Pagourtzis, had purchased legally, a shotgun and a handgun.

A picture was already starting to emerge of America’s latest accused high school shooter, a 17-year-old from Santa Fe, Texas who barged into an art room clad in a trenchcoat and Army boots. Ten people – one teacher and nine students – died in the horrific attack, according to authorities, who said that the suspect, who is still alive and is in custody, may have planted explosives in and around the school. The victims’ names have not yet been released. Ten others were injured. It’s but the latest school shooting to horrify America in a year that has already seen too many.

The accused shooter’s dad liked the Facebook page of Fox News and NRA spokeswoman Dana Loesch through his own page. The suspect’s mother shared a post that reads “Make America Great Again. Go to Church & Worship God” along with other religious oriented posts. The parents’ other posts do not appear to be focused on politics.

Mr Pagourtzis, was denied bail after he was charged with capital murder and aggravated assault on a public servant.

Mr Abbott said investigators had seen a T-shirt on the suspect’s Facebook page that read “Born to Kill,” and authorities were examining his journal.

But there were no outward signs he had been planning an attack, the governor said.

Classmates described the Santa Fe suspect as a quiet student who kept to himself and played on the football team.

They also said he wore a trench coat to school on the day of shooting, when temperatures topped 32 degrees Celsius.

Mr Abbott also said the suspect in the fourth-deadliest mass shooting at a US public school had used firearms taken from his father.

Michael Farina, 17, said he was on the other side of campus when the shooting began and thought it was a fire drill.

He was holding a door open for special education students in wheelchairs when a principal came bounding down the hall and telling everyone to run. Another teacher yelled out: “It is real.”

Students were led to take cover behind an auto store across the street from the school.

“It was going to happen eventually. It’s been happening everywhere. I was ready to run out but my teacher told me to hide instead so that’s what I did,” another student saidFriday’s assault was the deadliest in Texas since a man with an assault rifle attacked a rural church late last year, killing more than two dozen people.

It comes three months after the February 14 attack in Parkland, Florida, that killed 17.

US Vice-President Mike Pence said he and President Donald Trump were briefed on the shooting.

Mr Pence said the students, families, teachers and all those affected should know: “‘We’re with you. You’re in our prayers and I know you are in the prayers of the American people.”

“This has been going on for far too long in our country,” Mr Trump said.

“We grieve for the terrible loss of life and send our support and love to everyone affected by this absolutely horrific attack.

“My administration is determined to do everything in our power to protect our students, secure our schools and to keep weapons out of the hands of those who pose a threat to themselves and others.”

The shooting is all but certain to re-ignite the national debate over gun regulations.

In the aftermath of the attack on Marjory Stoneman Douglas High School, survivors petitioned city councils and state politicians, and organised protests in a grass-roots movement. Within weeks, state politicians adopted changes, including new weapons restrictions.

In late March, the teens spearheaded one of the largest student protest marches since Vietnam in Washington and inspired hundreds of other marches from California to Japan.

Parkland survivors took to social media to express outrage and heartbreak over the Texas attack.

“My heart is so heavy for the students of Santa Fe High School. It’s an all too familiar feeling no one should have to experience,” Marjory Stoneman Douglas student Jaclyn Corin said in a tweet.

The calls for tighter gun controls that have swelled since the February mass shooting at a Florida high school have barely registered in gun-loving Texas — at least to this point.

Texas has some of the country’s most permissive gun laws and just hosted the NRA’s annual conference earlier this month.

In the run-up to Texas’ march primaries, gun control was not a main issue with candidates of either party.

Republicans did not soften their views on guns, and Democrats campaigned on a range of issues instead of zeroing in on gun violence.