If You’re Sick of Thoughts and Prayers Because Shootings Still Happen, You Don’t Understand Christianity 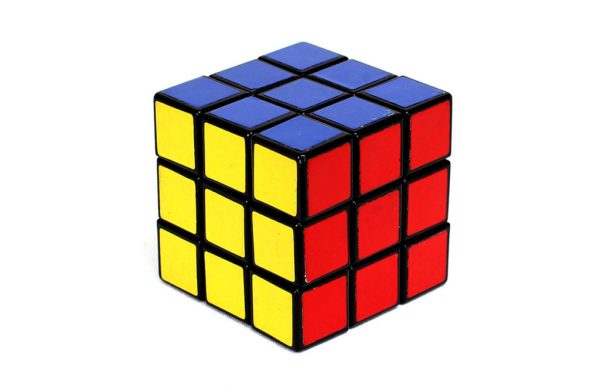 In response to the latest tragic school shooting, social media is on a warpath against anyone who dares to offer “thoughts and prayers” for the situation.

Popular articles feature headlines like, “Everyone Is Finally Realizing ‘Thoughts And Prayers’ Are Not Saving Our Kids” and “People Sick of ‘Thoughts and Prayers’ Demand Action After Florida School Shooting.”

The hashtag #thoughtsandprayers is trending on Twitter, with scathing tweets about how worthless thoughts and prayers are.

My own Facebook newsfeed is filled with similar posts and comments.

Scrolling through these articles and social media posts, I can’t help but wonder how many people who make such comments understand the Christian worldview and the role of prayer within it. The online commentary often reflects a serious misunderstanding of what Christians believe.

With that in mind, I’m writing this post for two reasons. First, this is an important subject to discuss with your kids. The war on “thoughts and prayers” is one they need to understand given the unfortunate frequency with which this subject is arising. Second, I hope non-Christians will take the time to read this and better understand why being “sick of thoughts and prayers” because shootings still happen doesn’t make sense if you know what Christians believe.

The “thoughts and prayers” verbiage became part of our cultural lexicon because people wanted a way to request help and/or care from a mixed audience of religious and non-religious listeners. But just thinking something—no matter how charitable those thoughts may be—does nothing. This is something that Christians and non-Christians should all be able to agree on. “Sending thoughts” is simply an expression of solidarity with no practical consequence.

Now, some people would say, “There’s no difference between those inconsequential thoughts and prayer. Thoughts do nothing and prayers do nothing. That’s the point.”

If God doesn’t exist, then that’s true. People are praying to a supernatural being who isn’t there. By saying, “I’m sick and tired of thoughts and prayers because they don’t matter,” you’re basically just stating you don’t believe God exists. Fair enough. In that case, it makes more sense to just say, “I don’t believe in God, so I don’t pray as part of my response, but here’s what I think we should do…”

However, there’s no reason to be sick and tired of Christians praying to the God you don’t believe in unless you hold the faulty assumption that Christians see prayer as an alternative to other actions and you’re resentful of that presumed choice. That leads me to the next point.

Christians expect to pray and take other action.

When Christians say, “We’re praying about this,” it doesn’t mean we don’t think anything else should be done. We don’t, for example, say we’re praying over the school shooting and therefore we don’t need to have discussions about gun control policy, about how to provide for the financial and physical needs of victims, or about school security. Commenting on how prayer won’t do something, but (fill in the blank) action will, betrays the incorrect assumption that Christians think only prayer is needed. Kim Kardashian’s recent tweet is one example of such faulty logic:

Note that some people are complaining specifically about what they see as the hypocrisy of leaders who offer thoughts and prayers and allegedly do nothing else, but that’s another issue. The Bible clearly demonstrates that God asks Christians to pray and take other action.

So what do Christians pray about in a situation like this? A number of things, such as comfort for the victims’ families, that God would bring some kind of good from the tragedy, that those who are injured would heal, that the families of the kids who survived would know how to get the help they need, and much more. But for purposes of this post, it’s more important to understand what Christians don’t pray for…

Christians don’t pray expecting God to rid the world of free will.

Many people, like the Twitter user below, seem to resent that Christians and other theists still believe in God when our past prayers didn’t “work” to prevent school shootings—in other words, could we all just dump this crazy belief in God already?

It’s important to understand why this is a significant misunderstanding of the nature of free will in a Christian worldview.

Christians believe God created humans with the ability to make morally significant choices. We can use that free will to do good or to do evil. If God had chosen to create us without free will, we would simply be robots. Given this nature of our world, it’s hard to imagine how this Twitter user and so many like him envision God eliminating school shootings specifically—through prayer or anything else.

It would be a bizarre world where God completely eliminated the free will to conduct a specific type of evil. Christians don’t pray expecting that as an outcome of prayer because it’s inconsistent with the basic nature of the world we believe God created.

There’s therefore no reason to look at Christians with contempt for continuing to believe in God after multiple school shootings. We never expected our prayers to eliminate free will.

Furthermore, it should be noted that if God doesn’t exist, there’s little reason to believe people have free will at all. In an atheistic worldview, life is the product of purely natural forces. In such a world, our decisions would be driven strictly by physical impulses—we would be bound by the shackles of physical law.

If you don’t believe God exists, then don’t blame the shooter. He would just be acting according to his physical impulses. And don’t blame people for offering thoughts and prayers. They didn’t have a choice.

Finally, if you assume that shootings are evil and something needs to be done, you’re assuming an objective moral standard that only exists if God exists.

I understand the outrage that everyone feels right now. A tragic event like this is evil. But here’s the thing: If you believe that certain actions like killing 17 people at a school are objectively wrong—meaning they are wrong regardless of anyone’s personal opinion—then you believe objective moral standards exist. However, objective moral standards cannot exist unless a higher-than-human moral authority like God exists.

I’ve talked a lot about this moral argument for God’s existence with my kids and my 9-year-old son came up with an insightful example to illustrate it last week. He loves Rubik’s Cubes and for some reason had been looking at a video with my husband where someone was using an all-black one. A normal cube has different colors on each square and the challenge is to turn the cube until each side only has one color.

The day after he saw the video, he came to me with a serious face and wide eyes and said, “I think I have an example of what we were talking about with morality. When a Rubik’s Cube is all black, none of the moves matter. You can do anything. But when they have colors then there is a pattern you’re supposed to do.”

It took me a second and then I realized what a great insight that is! If God doesn’t exist, morality is like the squares on an all-black Rubik’s Cube. There’s no right or wrong way to go; no move is better than another because there is no pattern or standard in place. It’s just your choice. In such a world, school shootings can legitimately be considered good or evil. But if God exists, He provides the colors and the objective standard for how they are to line up; we can see where the pieces should or should not go. In such a world, school shootings are an example of what should not happen. On all-black Rubik’s Cubes, however, there can be no should.

So let’s sum up what Christians believe:

There’s nothing here to resent if you don’t believe in God.

In fact, if you believe that shootings are evil and that people have the free will to choose whether to shoot or not, your worldview is actually more consistent with theism than atheism. Maybe you should reconsider prayer after all. 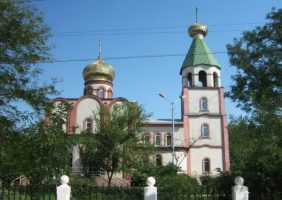 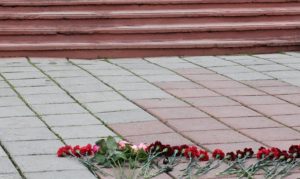