The Eighth Ecumenical Council: How Not to Turn the Council into a Travesty?

Alexey Lidov | 13 June 2016
Every day there is new information on the Pan-Orthodox Council scheduled for 18-27 June of this year. It is no longer obvious whether it will take place as planned. Yet, is it really necessary for the Council to take place at the scheduled time? Alexey Lidov, art historian, Byzantinist, member of the Russian Academy of Arts, Director of the Centre for the History of Byzantium and Eastern Christian Culture, Head of the Department of the Institute of World Culture of the Moscow State University reflects upon the subject. 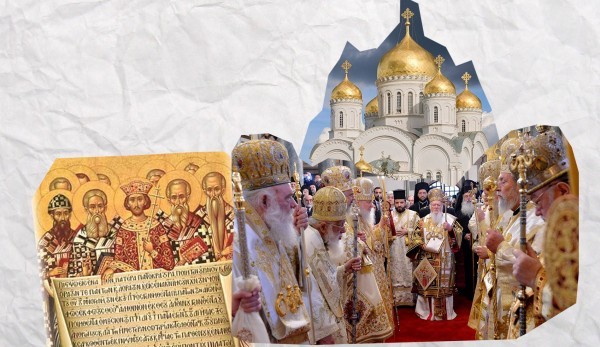 It is no coincidence that many people refer to the forthcoming Council as the “Eighth Ecumenical Council.”  You may recall that the Seventh Ecumenical Council took place at the end of the eighth century, in 787, that is almost thirteen centuries ago.  And this fact alone means that it concerns a historical event of great importance.

However, can there really be an Eighth Pan-Orthodox Council if some of the most important Orthodox Churches do not take part in it?  We are aware that the Patriarchate of Antioch has flatly refused to participate in the Council; the Bulgarian Orthodox Church has refused participation as well as the Georgian Orthodox Church.  A number of local Orthodox Churches raised numerous questions.  And many of them unequivocally suggested to postpone the Council and to further develop issues causing arguments and discrepancies. 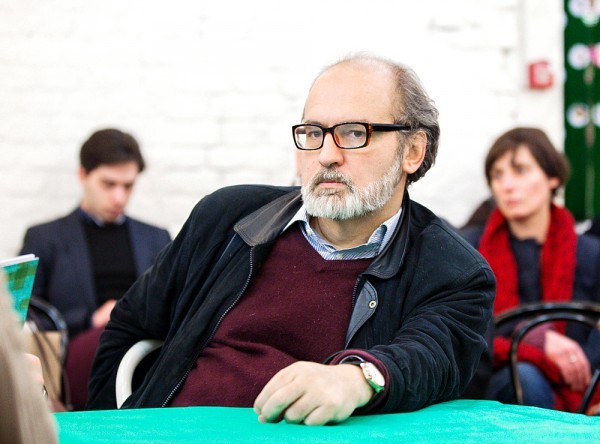 As far as I understand, currently this is also the position of the Russian Orthodox Church and we must be aware that much depends on it.  It is apparent that if the Russian Orthodox Church were to refuse to participate in the Council, you could say there will no longer be an Ecumenical or Pan-Orthodox Council.  Even if it does take place, it will become a kind of travesty of a Council, which is in itself even worse than no Council at all.  Consequently, it would be much worse if the most important Orthodox Churches withdrew from the Council causing this colossal project to fall through, than if the process of organizing this project had not begun in the first place.

Therefore, I think that the best and most compromising solution is the suggestion to postpone the Council and to declare that which is supposed to take place on the island of Crete literally in one week as another pre-conciliar session for the discussion of the many questions and pressing problems.  Of course, this compromising decision would injure certain personal ambitions and, to put it carefully, the political projects of certain Hierarchs of universal Orthodoxy will suffer.  However, it is important to understand the price that will have to be paid; it is important to understand that those ambitions and the level of damage that may cannot be commensurate.

One wonders, therefore, why are we in such a rush; why is it that the Council cannot be put off for at least another year?  In the course of that year a tremendous amount of work could be done; all or, at least, most of the many controversial issues accrued over the last few years and over many centuries could be resolved.

And, finally, the question that I perceive as probably the most important, what is actually the point of this Council?  We all know from the history of Orthodoxy that all seven Ecumenical Councils had a principal, fundamental issue and all other questions centred on it.  For example, in the case of the Seventh Ecumenical Council, or, as it is also sometimes referred to, the Second Council of Nicaea, the central issue was the question of the veneration of icons.  In other words, the Council addressed the most important, most relevant and global challenge that the Universal Orthodoxy was faced with at the time.

I went through a wide range of materials of the forthcoming Eighth Council.  There is an agenda; there are questions; there are groups that coordinated those questions.  However, the main issue of the Council still remains unclear to me.

From my point of view, that is, from the point of view of a simple Orthodox Christian, a layman, as opposed to a Hierarch of the Church, the issue that could have been at the core of this Council, is the question of the defence of Christianity.  With a history of over two thousand years, we once again find ourselves in the situation when we need to defend Christianity.  Moreover, it needs to be defended on all levels.

We witness the physical destruction of Christians in the countries of the Middle East: Copts are suffering; there are almost no Christians left in Iraq; more than half of the Christians fled from Syria.  We are talking about millions of our fellow-believers, though some of them belong to other confessions.  That is one half of the problem.  The other half is the attack on Christian values on the part of, let us say, the modern civilization or, as they sometimes call, the modern liberal world which, following its own logic and its own process of reasoning, is destroying the cornerstone principles of Christianity and the Christian Church that most of the Christians, at least in the Orthodox world, are unprepared to sacrifice.

Let me remind you that in some countries speaking out against something that a Christian deems unacceptable is already regarded as a criminal offence.  Priests in America, not just Orthodox, but Catholic and Protestant priests as well, humourlessly say that the next generation of the United States clergy are at risk of ending up in prison simply for abiding by their beliefs.

There is an ongoing attack on our spiritual values and on our most important sacred spaces as though nothing had been achieved in the Modern Era; as though we were going back to the so called “Dark Ages.”  Just a few days ago Muslim worship resumed in the church of Hagia Sophia in Constantinople-Istanbul, which had become a museum in 1935.  That was one of the most fundamental decisions that Atatürk made in his struggle against the Islamic clergy over changing the pathways of the development of their country.  Nowadays, we see a reversal of that process: the worship and readings of the Quran in Hagia Sophia over Ramadan – the main Islamic fasting period – will be broadcast in the whole country during the whole month.  The Turkish government announced that that was their response to Europe and, in their understanding, to the entire Christian world to the acceptance by the German Parliament of the fact of Armenian genocide of 1915 and of later years.  In this way Erdoğan and the Turkish government send an unequivocal message to the entire Christian world, including us, that one of the most important of the Christian architectural monuments, one of the greatest Christian sacred spaces conquered and taken from the Christians in 1453 is once again under Islamic control as a reminder of the past victories over Christianity.  This great Orthodox church is at risk of once again becoming a mosque.

Consequently, we live at a time when the Christian civilization in general, as well as the Orthodox civilization as one of its most important components, are under threat.  And I think that the Ecumenical (Pan-Orthodox) Council should formulate a clear theological answer to all those challenges and give us something to rely on.  From my point of view there is nothing more important at the present moment.  However, as far as I understood, the subject of the defence of Christianity is not even mentioned in the Council documents!

Formulating a Christian in spirit and intelligent answer to this challenge is the main topic for future discussion.  Yet, I repeat, at the present moment, it is obvious to anybody who has any common sense that a PAN-Orthodox Council loses its meaning without the participation of all Orthodox Churches.  Under the circumstances, it would be good to postpone the Council for a short term and spend the time gained resolving major and minor issues in order to form a common judgement.   For the unity of Orthodoxy in the basic questions has once again become the condition for the survival of the entire Tradition.

Translated from the Russian by  Maria Nekipelov