For most of us, though, the opportunities to “boldly go where no man has gone before” are somewhat limited. Most of us live in relative safety and comfort, with little effort required to stay fed, sheltered, and healthy. Few of us feel as if we have to accomplish some great task on which the survival of our world depends. This, in my opinion, is why we live these stories vicariously through movies and fantasy novels, or hang breathlessly on the most recent real life attempts to rescue trapped miners in Chile…
Priest Richard Rene | 12 December 2011

“Space: the final frontier. These are the voyages of the starship Enterprise. Her five-year mission: to explore strange new worlds, to seek out new life and new civilizations, to boldly go where no man has gone before.”

The opening monologue from the original Star Trek television series expresses a fundamental impulse in the human spirit: the need to explore, to open up new frontiers, to discover new realities and experiences.

Our minds and hearts follow Neil Armstrong to the moon, Ferdinand Magellan around the world, Christopher Columbus onto the shores of the Americas, and Sir Edmund Hillary to the peak of Mount Everest. And as if that were not enough, we imagine Bilbo and Frodo Baggins crossing Middle Earth to fight dragons and destroy an evil Ring, young heroes and heroines questing for Aslan in the land of Narnia, Odysseus returning home to reunite with his wife and bring order to his household. 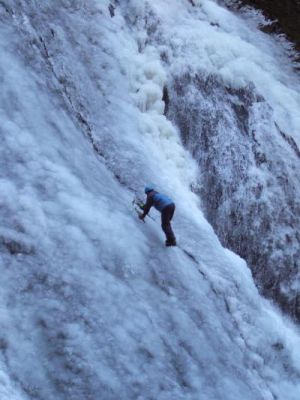 We long for accounts of adventures to realms unknown, where dangers abound and death is imminent, where a heart courageous and true might save the world, or least, find a great treasure and rescue a captive princess…

For most of us, though, the opportunities to “boldly go where no man has gone before” are somewhat limited. Most of us live in relative safety and comfort, with little effort required to stay fed, sheltered, and healthy. Few of us feel as if we have to accomplish some great task on which the survival of our world depends. This, in my opinion, is why we live these stories vicariously through movies and fantasy novels, or hang breathlessly on the most recent real life attempts to rescue trapped miners in Chile…

And yet the need to pioneer, explore, and adventure continues to cry out within us, even as we resign ourselves to a 21st century existence whose only excitement seems to be found on the screen of a television or a computer. A part of us knows this can’t be all there is. There must be a real “final frontier” somewhere out there…

That’s the problem, though. The answer to our deepest need to explore and pioneer does not lie “out there”—in ever wilder fantasies of literature and film, or ever more extreme and dangerous “real life” crises and disasters. Our questing spirits cannot be satisfied by escaping into other people’s experiences or creations. Satisfaction must be found not “out there,” but “in here,” by which I mean in each and every human heart.

For twenty centuries, teachers of classical Christianity have understood the heart to be the centre of the spiritual life. In this, they were not thinking of the heart as representing the kinds of emotions depicted on greeting cards and carved on tree trunks. Rather, the early Fathers believed that the heart is the meeting place of the intellect and the bodily senses. One writer, Chariton, put it this way: “The heart is the innermost man or spirit. Here are located self-awareness, the conscience, the idea of God and one’s complete dependence on Him, and all the eternal treasures of the spiritual life.”

Nor were these teachers speaking of the heart as a mere symbol. As Theophan the Recluse says, “Prayer of the heart is not only prayer of the soul and spirit but also of the body. It must not be forgotten that the heart signifies, among other things, a bodily organ. The body has a positive role to play in the work of prayer.”

The heart, then, is not just an idea or a symbol; it is a real place where the work of the spiritual life takes place. Indeed, the quintessential Eastern Orthodox way of prayer known as “the Way of Inner Stillness” begins by asking us to sit, close our eyes, lower our heads, and then to pray with all our attention in our physicals hearts.

What has this got to do with the human need to explore the frontiers of our world? An Egyptian hermit called Macarius offers an answer: “Within the heart are unfathomable depths. It is but a small vessel and yet dragons and lions are there, and there poisonous creatures and all the treasures of wickedness; rough, uneven paths are there, and gaping chasms. There likewise is God, there are the angels, there life and the Kingdom, there light and the Apostles, the heavenly cities and the treasures of grace; all things are there.”

We spend hours journeying with others through the virtual and imaginary realms. Now is the time for a real adventure. Now is the time for a quest that is truly our own, one that will outdo the dangers and rewards of most daring explorations of mountains, oceans, galaxies, or any world the imagination can create.

How can you embark on this journey? It’s very simple and inexpensive. First, clear some time in your day; it doesn’t need to be very much time—ten minutes is all you will ever need. Next, sit down in a secluded spot. Lower your head and focus your attention on the place of your heart. Finally, quietly and repeatedly call upon the Name of God, which in the Eastern Orthodox tradition is the Name of Jesus Christ.

And that’s it. Your quest has begun. May you find the treasure, rescue the princess, kill the dragon, destroy the evil Ring, meet the Great Lion, and return home safely. God speed—the survival of your world depends on you.